Bryan Ferry Net Worth: Bryan Ferry is an English musician who has a net worth of $50 million. Born in England in 1945, Bryan Ferry attended the University of Newcastle upon Tyne and began teaching pottery before forming Roxy Music in 1970. The group's first hit was "Virginia Plain", which cracked the top five in the U.K.

in 1972. Five studio albums later, the band disbanded in 1976, though several members were part of Ferry's subsequent follow-up work. Ferry released three top-20 solo albums while on hiatus from Roxy Music: "Let's Stick Together", "In Your Mind", and "The Bride Stripped Bare". In 1979, Roxy Music reunited with three new albums ("Manifesto", "Flesh + Blood", and "Avalon") before breaking up for a second time three years later. Ferry continued his solo career, with his sixth album eventually claiming the top spot on the U.K. charts in 1985. Roxy Music returned a third time in 2001 to headline several tours. During this time, Ferry began modeling a clothing line for Marks and Spencer while releasing a Bob Dylan tribute album. He collaborated with several other artists, such as Groove Armada, and DJ Hell. In 2013, he went on tour with The Bryan Ferry Orchestra. Ferry has been married several times, most recently to his son's ex-girlfriend, publicist Amanda Sheppard. 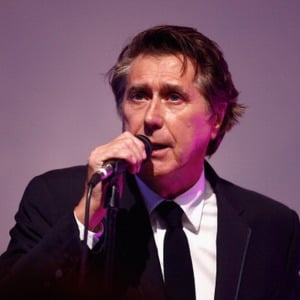