What is Brian Wilson's net worth?

Brian Wilson is an American musician who has a net worth of $100 million. Brian Wilson is most widely recognized as a singer and the primary songwriter for The Beach Boys. He also served as the band's manager and producer. Drug abuse and his mental health issues caused him to leave the group, but he later embarked on a solo career, and won a Grammy in 2005. Wilson is considered one of the most innovative songwriters of all time, writing over two dozen of the band's Top 40 hits. His writing and composition style has had a massive influence on indie, pop, and punk rock music, among other genres.

Wilson was born on June 20, 1942 in Inglewood, California to mother Audree Neva and Murry Wilson. He is the eldest of three sons, along with brothers Dennis and Carl, and has a mixed Western European ancestry. His parents noticed and encouraged his musical ability from an early age, realizing he was able to remember song melodies as early as the age of one. He got involved with the local church choir at the age of seven and continued singing for various functions once he started school. He also started singing with this two brothers, teaching them harmony parts, and took great interest in mimicking harmonic sounds on the keyboard.

Wilson began performing publicly while in high school, joining forces with cousin Mike Love, and continuing his interest in music more formally by studying music at El Camino College in Los Angeles in 1960, along with psychology. The next year, he wrote his first song which would later become "Surfer Girl" a future top-ten hit in 1963.

The first time the group that would later be known as the Beach Boys performed together was in 1961 under the name of the Pendletones. The group consisted of five men: Wilson, his brothers Carl Wilson and Dennis Wilson, cousin Mike Love, and college friend Al Jardine.

Their first local hit was "Surfin," written by Wilson and Love. The song was released by Candix Records, who quickly changed the band's name to the Beach Boys. The group's time with Candix Records was short-lived however, as Wilson's father, acting as band manager, terminated the contract and helped the band score a deal with Capitol Records. The label released the songs "409 and "Surfin Safari," both of which became national hits.

Wilson and the Beach Boys started recording new music under the Capitol Records label and earned their first top-ten hit, "Surfin' U.S.A.," in 1963. Wilson was heavily involved with the recording process, bargaining to take charge of production for their first LP and making the decision to use double tracking for all of the band's vocals, which resulted in the deep sound that the Beach Boys are famous for.

Wilson continued acting as producer for the album Surfer Girl, released in 1963, as well as Little Deuce Coupe, released only a few months later. Additionally, Wilson began working with other artists as well in a producer capacity, including Jan and Dean, the Castells, and the Honeys. He found himself much more suited to the producer role, for other artists as well as for the Beach Boys, and resigned from the Beach Boys' touring schedule in 1964 after suffering a panic attack aboard a flight. Glen Campbell, and later Bruce Johnston, stepped in for Wilson during live performances.

In 1965, Wilson began experimenting with cannabis and psychedelic drugs, which had a profound effect on his music. Wilson continued challenging himself with his exploration into new styles and sounds of music, perhaps most notably with the Beach Boys' album Pet Sounds, which has become widely critically acclaimed since its released and is often thought of as a Brian Wilson solo album. Soon after, another of Wilson's songs for the Beach Boys, Good Vibrations, was released and became hugely popular as the band's third U.S. number one hit. 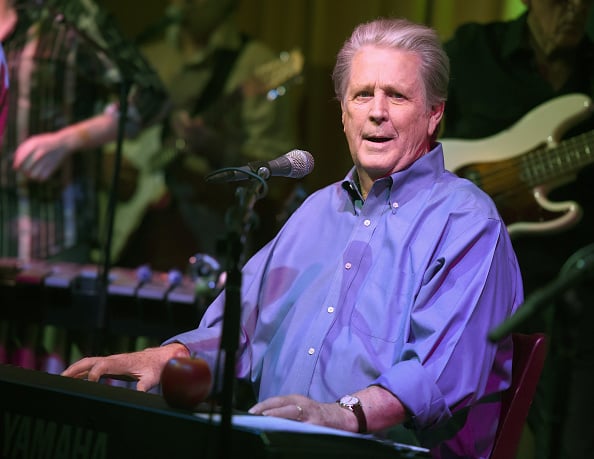 Wilson's commercial success hit a roadblock with his next project, Smile, due to band conflict and some of Wilson's own personal problems. The project was ultimately cancelled, as Wilson's own interest in the Beach Boys also began to decline. While he stayed involved with the band over the next few years, his drug use and increased eccentricities created a reputation that preceded him and record labels became wary of working with him.

After his father's death in 1973, Wilson became even more reclusive and his voice started deteriorating rapidly thanks to his frequent tobacco and cocaine use. This period of reclusiveness lasted until his family and wife enlisted the help of therapist Eugene Landy, who helped Wilson become more stable, though Landy's techniques were radical and his treatment expensive. He thereafter become more involved with the Beach Boys again, and began releasing solo material, much of which has been met with critical success.

Brian Wilson was married to Marilyn Rovell, from 1964 to the 1979. They had two daughters, Carnie and Wendy. After divorcing from Rovell in 1979, Wilson began dating Melinda Kae Ledbetter in 1986. The two dated for three years before breaking up, only to reconnect and marry in 1995. They adopted five children.

Wilson's struggle with his mental health and his complex relationship with therapist Eugene Landy have garnered much attention. Landy diagnosed Wilson with schizoaffective disorder and manic depression, for which he was prescribed large amounts of psychotropic drugs. The ongoing use of these drugs also caused Wilson to develop tardive dyskinesia, a neurological condition that induces repetitive and involuntary movements. Wilson is additionally known to experience hallucinations since beginning the use of psychedelic drugs in the 1960s.

Despite any personal problems, Wilson is still most well-known for his musical genius. A nine-time Grammy Award nominee and two-time winner, Wilson has also been ranked twelfth by Rolling Stone in their list of Greatest Songwriters of All Time. NME has also recognized him as the 8th greatest producers ever. He has also been inducted into the Rock and Roll Hall of Fame as a member of the Beach Boys and into the Songwriters Hall of Fame in 2000 by Paul McCartney. 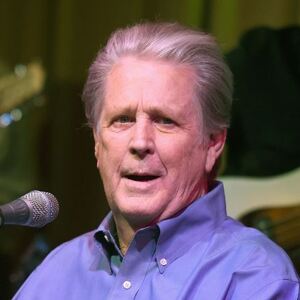