Brian Welch net worth: Brian "Head" Welch is an American rock musician who has a net worth of $10 million. Brian Welch earned the majority of his net worth as a former guitarist and co-founder of rock bands Korn and Love and Death. Formed in the early nineties, Korn became one of the best-selling rock acts of their time. The band's self-titled debut album sold over 10 million copies worldwide. Their third album, "Follow the Leader", is the band's most successful work to date, with over 14 million copies sold. In addition to this, Korn earned around $25 million from royalties and sold-out concerts alone. After battling a drug addiction in the early 90s, Welch became a Christian and after 12 years with the band he left in 2005 to pursue his solo career. In 2008, he released his Christian-orientated debut album, Save Me From Myself, which received a warm reception from music critics and peaked at number three on the Christianity charts. The album was released under the Driven Music Group, a record label he founded with friends. However in 2011, Welch left the record label due to legal reasons and formed a band called "Love and Death" in 2012. The band released their debut EP "Chemicals" in 2012, and its first full album "Between Here & Lost" in 2013. 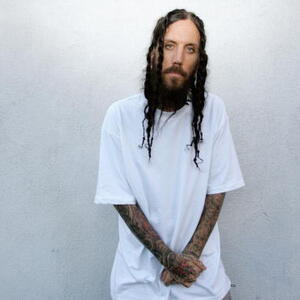