Brian May Net Worth

in Richest Celebrities › Rock Stars
Brian May Net Worth:
$210 Million

Brian May Net Worth: Brian May is an English musician, singer, guitarist, songwriter and astrophysicist who has a net worth of $210 million dollars. Said to be one of the greatest guitar players of all time, he rose to international fame as the guitarist for the rock band Queen.

Early Life: He was born Brian Harold May on July 19, 1947, in Hampton, London, England to his Scottish mother Ruth and English father Harold May. He attended Hampton Grammar School on a scholarship and formed his first band, 1984, during this time. A diligent Astronomy student at Imperial College working towards a Ph.D., Brian decided to put his academic studies at hold as Queen's popularity first exploded.

Queen: In 1968, May formed the band Smile with Tim Staffell and Roger Taylor. The band only lasted for two years. After that, Staffell left and May and Taylor joined forces with Freddie Mercury and John Deacon to form Queen in 1970. May was the lead guitarist and was the lower-range vocalist in the band's three-part harmonies. Queen first charted in the UK with their second album, "Queen II" in 1974. After that, "Sheer Heart Attack" and "A Night at the Opera" brought them international success, particularly with their smash single "Bohemian Rhapsody." The song stayed at No. 1 in the UK for nine weeks. The band's 1977 album "News of the World" contained the still-famous anthems "We Will Rock You" and "We Are the Champions." By the early '80s, Queen was one of the biggest stadium rock bands in the entire world. Using a home-built guitar named "Red Special", May gave his contribution to many compositions "Tie Your Mother Down", "I Want It All", "We Will Rock You", "Fat Bottomed Girls" and "Who Wants to Live Forever". May sang the lead vocals on many Queen songs including "Who Wants to Live Forever" and "Sleeping on the Sidewalk."

Queen's show at the 1985 Live Aid concert is regarded as the greatest performance in rock history by several publications. After their show, May composed the song "One Vision". May's contributions to the writing and composing increased with each subsequent Queen album.

Just like other band members, May's fortune has constantly swelled even after the death of lead singer Freddie Mercury in 1991. Estimates of Queen's record sales range from 170-300 million records. They are undoubtedly one of the world's best selling music artists. They were inducted into the Rock and Roll Hall of Fame in 2001.

Side Projects and Solo Career: Several members of Queen explored side projects throughout the '80s. May released a mini-album with Van Halen in April 1983, "Star Fleet Project." In 1988, May contributed guitar solos to Black Sabbath's 14th album "Headless Cross." In the aftermath of Mercury's death in November 1991, May threw himself into work and finished his solo album "Back to the Light" and then got to work touring worldwide to promote it. The album featured the single "Too Much Love Will Kill You." In late 1992, May formed the Brian May Band. It was made up of May on vocals and lead guitar, Cozy Powell on drums, and Mike Moran and Rick Wakeman on keyboards. Subsequently, May made significant changes to the line up as he never felt like the group quite gelled together. In February 1993, the new line up began its world tour, supporting Guns N' Roses as well as headlining a few dates. After their tour ended, May returned to the studio and finished "Made in Heaven", Queen's final studio album, with Taylor and Deacon. May began working on a new solo album of covers in 1995. From his last solo album, May has been performing as a solo artist, as part of various ensembles, and occasionally as Queen with Roger Taylor. 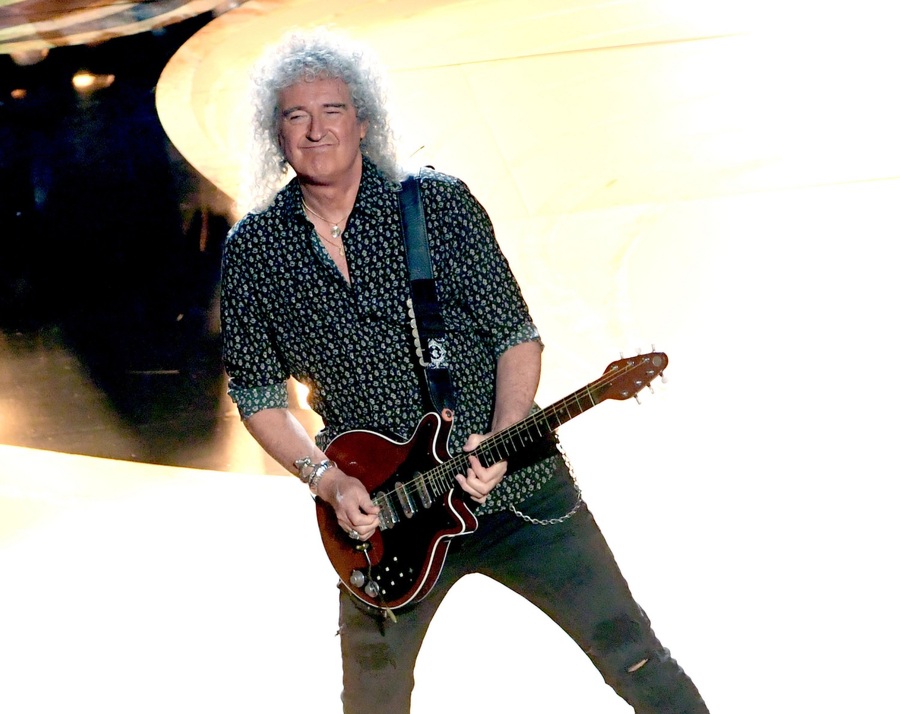 In May 2011, Taylor and May performed a short set with Adam Lambert at the MTV Europe Music Awards. Their performance was met with overwhelmingly positive response and they announced a short summer tour as Queen with Adam Lambert in Europe in 2012. They continued to tour in the summer festival circuits in 2013, 2014, 2015, and 2016. In September 2018, the group had a residency in the MGM Park Theater in Las Vegas. On March 31, 2020, Queen + Adam Lambert confirmed their planned tour dates for the year were postponed due to the COVID-19 pandemic.

Scientific Career: As mentioned above, May quit his Ph.D studies at Imperial College London once Queen began to enjoy international success. In October 2006, he re-registered for his Ph.D. at Imperial College. He submitted his thesis in August 2007, a year earlier than planned. May finally earned a Ph.D in astrophysics from Imperial College in 2007, graduating at the awards ceremony the college held at the Royal Albert Hall in May 2008. He was appointed Visiting Researcher at Imperial College immediately after graduating. May served as Chancellor of Liverpool John Moores University from 2008 to 2013. In 2019, May was awarded the Lawrence J. Burpee Medal of the Royal Canadian Geographical Society for outstanding contributions to the advancement of geography.

Personal life: Thanks to his contributions to the music industry and charity work, he was appointed a Commander of the Most Excellent Order of the British Empire (CBE) in 2005.

May was married to Christine Mullen from 1976-1988. They had three children, James, Louisa, and Emily Ruth. May worked with Actress Anita Dobson on her first album, most noted for the tune "Anyone Can Fall in Love." She inspired him to write the 1989 hit "I Want It All." They married in 2000.

May has stated in interviews that he suffered from severe depression in the late '80s and early '90s and contemplated suicide. He cites reasons as the dissolution of his troubled first marriage, his father's death around the same time, and Freddie's devastating illness and death.

He is an active animal rights campaign and was appointed vice president of animal welfare charity RSPCA in September 2012. He formed a group, Save Me, to promote animal welfare. The group campaigns for legal protections of all animals against unnecessary, cruel, and degrading treatment against animals, with a particular emphasis on preventing hunting of foxes and badgers.

In May 2020, May suffered a small heart attack that required the insertion of three stents into three blocked arteries. May has described the experience as being "very near death." 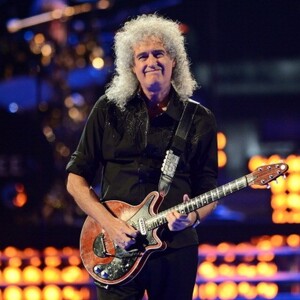