Brian Marshall net worth: Brian Marshall is an American musician, songwriter, record producer, and real estate broker who has a net worth of $6 million. Brian Marshall was born in Jackson, Mississippi in April 1973. He is the bassist and co-founder of the bands Creed and Alter Bridge. Brian actually came up with the name "Creed" after a previous band he had been in called "Mattox Creed". He initially left Creed in 2000 after clashing with lead singer Scott Stapp. 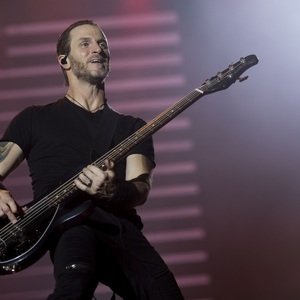