What is Brian Johnson's Net Worth?

Brian Johnson is an English singer and lyricist best known as the lead singer of the Australian rock band AC/DC who has a net worth of $90 million. When Bon Scott passed away, Johnson became the third lead singer for the band AC/DC. His contributions to the band earned him induction into the Rock and Roll Hall of Fame in 2003. However, Johnson would eventually step down from this position in 2016, citing hearing problems. Although he publicly stated that he was only halting his touring obligations, many interpreted this move as retirement. Johnson proved fans wrong when he returned in 2020 with his AC/DC bandmates and announced that they would be releasing another album, entitled "Power Up."

Prior to working with AC/DC, Brian was a founding member of the rock band Geordie. Although the band had a few hit singles, Johnson only really experienced mainstream success after joining AC/DC in 1980. This proved to be a smart decision for both the band and Johnson, as they released "Back in Black" shortly after he joined. According to most estimates, "Back in Black" is the second best-selling album of all time.

Brian Francis Johnson was born on October 5th of 1947 in Dunston, County Durham, England. Raised alongside four younger siblings by an English father and an Italian mother, Brian started playing music at a very young age. He joined a local church choir to hone his vocal skills, and he also appeared in a televised play. Following in his father's footsteps (a sergeant major in the British Army), Johnson also served in the Parachute Regiment of the Territorial Army at a young age.

Brian Johnson started his rock career with a little-known band called the Gobi Desert Canoe Club. He then performed with a band called Fresh before playing with the Jasper Hart Band during the 70s. During this period, he started to perform various soft-rock songs, and several members of the Jasper Hart Band went on to found Geordie. During this period, Brian released an early hit single entitled "I Can't Forget You Now." The track would prove to be the only noteworthy solo effort of his career.

After Bon Scott passed away, the surviving members of AC/DC decided to continue with the band, as they felt that Scott wouldn't have wanted them to quit. Although various singers were considered as a replacement for their frontman, Brian Johnson emerged as the new lead singer. Prior to joining the band, he was a huge AC/DC fan. After impressing the other members of the band during the audition, Johnson immediately started collaborating with them on the album "Back in Black." The album was massively successful from a commercial standpoint.

Eventually, Brian stopped writing lyrics for AC/DC's albums. He claimed that he "ran out of words" and that he doesn't enjoy the pressure of having to write songs. In 2016, Johnson left the band because of hearing issues. He later explained that he would have risked total hearing loss had he continued with AC/DC.

Contrary to popular opinion, Brian did not lose his hearing as a result of his music career. This career-halting ailment was actually caused by an auto race. Johnson apparently forgot to wear ear plugs in one race, which caused a ruptured left ear drum. Axl Rose was recruited to replace Brian throughout the rest of AC/DC's tour dates in North American and in Europe. However, Johnson eventually rejoined the band in 2018, and in 2020 the group released a new album. 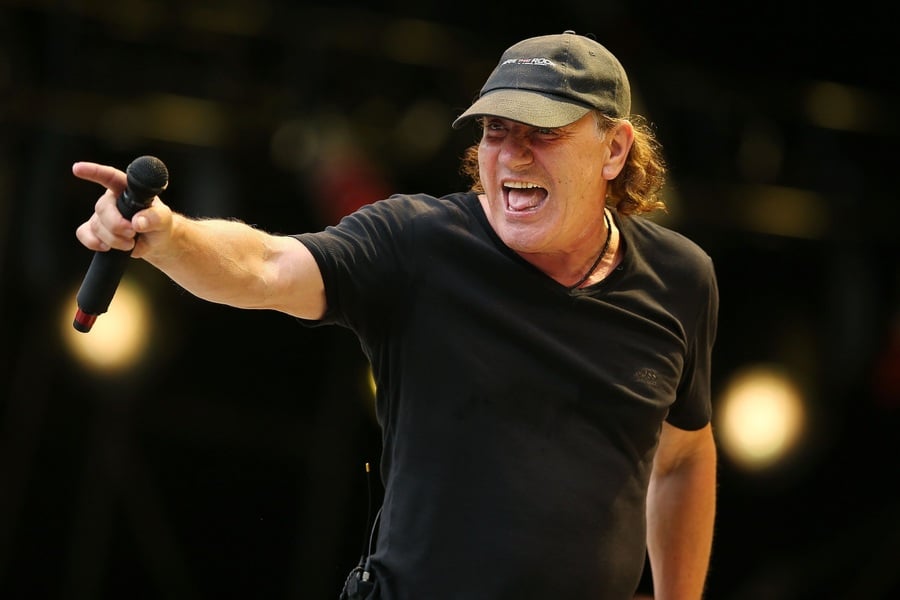 From a very early age, Brian Johnson has been passionate about musical theatre. In 2003, he began work on his own musical adaptation of Helen of Troy. The musical has been described as a production in the style of "Les Miserables" with minimal dialogue. A number of prominent singers agreed to participate in the musical, but it was never actually staged.

Outside of music, Brian Johnson has been involved in a number of additional ventures; mostly in the entertainment industry. In 2004, he voiced a character in the video game "Call of Duty: Finest Hour." In 2005, he made a cameo appearance in the sports film "Goal!"  In 2000, Brian published his autobiography, "Rockers and Rollers."

Johnson is also known for his love of vintage cars and racing. In 2006, he participated in the reality series "The Race." In 2009, Brian recorded a strong time as the Star in a Reasonably Priced Car in "Top Gear." In 2012, the musician competed in the 2012 Rolex 24 at Daytona. He has competed in a number of other racing events over the years. In 2014, Johnson started hosting "Cars That Rock with Brian Johnson," a documentary series about iconic motor cars.

In 1968, Brian Johnson married his first wife, Carol. They had two children over the course of their relationship before divorcing in the early 90s. Brian later married another woman named Brenda, and the couple lives in Sarasota, Florida.

In 2009, Brian was diagnosed with Barrett syndrome. This resulted in the cancellation of many AC/DC touring commitments. Barrett syndrome can easily progress into cancer, but doctors were able to treat the disease before this happened.

In 1991 Brian paid $690,000 for a waterfront property in Sarasota, Florida. The following year he completed construction on an 8,000 square-foot mansion that is still his primary home today. This property is likely worth north of $10 million.

In 2019, Brian Johnson donated a $335,000 property to the All Star Children's Foundation. When the charity sells the property, all proceeds will go towards helping children heal from child abuse trauma.