Brian Chase net worth: Brian Chase is an American drummer and drone musician who has a net worth of $8 million. Brian Chase was born in Long Island, New York in February 1978. He is best known for being the drummer of the band Yeah Yeah Yeahs. The band formed in 2000 and released their debut studio album Fever to Tell in 2003 which reached #13 in the UK.

Yeah Yeah Yeahs released the album Show Your Bones in 2006 which reached #7 in the UK, #9 in Canada, and #11 on the Billboard 200 chart. They released the album It's Blitz! in 2009 which reached #8 in Australia and #9 in the UK. Their album Mosquito was released in 2013 and reached #5 on the Billboard 200 chart and #9 in the UK. Yeah Yeah Yeahs single "Heads Will Roll" reached #1 on the US Dance/Electronic Single Sales chart as well as in Belgium. Chase was ranked #50 on the list of The Greatest Drummers of All Time by Gigwise. He has released the albums Drums & Drones in 2013 and Drums & Drones II in 2018. 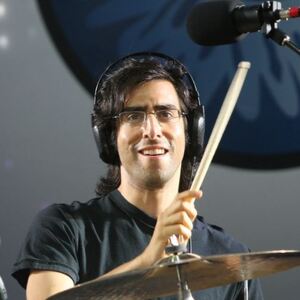