Brian Bell net worth: Brian Bell is an American guitarist, singer, and songwriter who has a net worth of $30 million. Brian Bell was born in Iowa City, Iowa in December 1968. He is best known for being a member of the band Weezer. Bell is also the frontman for the band The Relationship and was the lead vocalist and guitarist of the band Space Twins and the bassist in the band Carnival Art. Weezer formed in 1992 and released their debut studio album Weezer (Blue Album) in 1994 which reached #16 on the Billboard 200 chart. The band released the album Pinkerton in 1996 and their album Weezer (Green Album) was released in 2001 and reached #4 in the US and #2 in Canada. Their album Maladroit was released in 2002 and reached #2 in Canada and #3 in the US. Weezer released the album Make Believe in 2005 which reached #1 in Canada and #2 in the US. They have also had success with the albums Weezer (Red Album) in 2008, Raditude in 2009, Hurley in 2010, Everything Will be Alright in the End in 2014, Weezer (White Album) in 2016, Pacific Daydream in 2017, Weezer (Teal Album) in 2019, and Weezer (Black Album) in 2019. 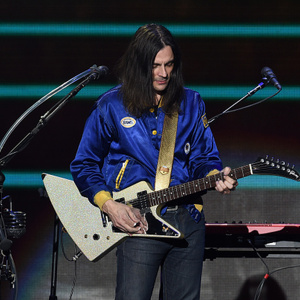