Brett Gurewitz net worth: Brett Gurewitz is an American guitarist and songwriter who has a net worth of $12 million. Brett Gurewitz was born in Los Angeles, California in May 1962. He is best known for being the guitarist of the band Bad Religion. Gurewitz is the owner of the music label Epitaph Records along with the sister-labels Hellcat Records, ANTI-, Fat Possum Records, and Burning Heart Records. Gurewitz joined Bad Religion in 1980 at 16 years old. He left in 1983 but came back in 1986. He left again in 1994 before rejoining for good in 2001. The band released their debut studio album How Could Hell Be Any Worse?. They released the albums Into the Unknown in 1983, Suffer in 1988, No Control in 1989, Against the Grain in 1990, Generator in 1992, and Recipe for Hate in 1993. Bad Religion started becoming commercially successful with the release of their album Stranger Than Fiction in 1994 and continuing with the albums The Gray Race in 1996, No Substance in 1998, The New America in 2000, The Process of Belief in 2002, The Empire Strikes First in 2004, New Maps of Hell in 2007, The Dissent of Man in 2010, and True North in 2013. Their most popular single "21st Century (Digital Boy)" reached #11 on the US Alternative chart. Gurewitz is also a member of the band Error. 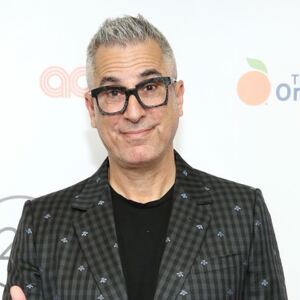