What is Bret Michaels' Net Worth?

Bret Michaels is an American rock star and reality TV personality who has a net worth of $12 million. Bret Michaels has managed to remain the topic of major headlines for decades.  He first made his mark on our pop culture conscious, as the frontman for the metal band, Poison.  The group has sold nearly 30 million albums since they formed in the early 80s, and has seen their share of ups and downs.  Mr. Michaels' drug use during the late 80s and early 90s, almost derailed the group's success, as did the drug use and behavior of guitarist, C.C. Deville, but eventually both men got back on track.  For the last two decades, he has gone back and forth between Poison reunion tours and a solo career, and has also begun to appear on a steady string of reality shows.  He served as a judge on the show, "Nashville Star", starred on three seasons of "Rock of Love with Bret Michaels", won "Celebrity Apprentice 3", and appeared in a documentary about his daily life, "Bret Michaels: Life as We Know It" in 2010.  He also had a number of health-related issues in 2010, including a cerebral hemorrhage, the discovery of a hole in his heart, and an appendectomy.

Bret Michael Sychak was born on March 15th of 1963 in Butler, Pennsylvania. Raised in Mechanicsburg alongside two sisters, Bret was diagnosed with Type 1 diabetes from an early age. While attending high school, he joined his first rock band as a teen. Around this time, he adopted the stage name "Bret Michaels." 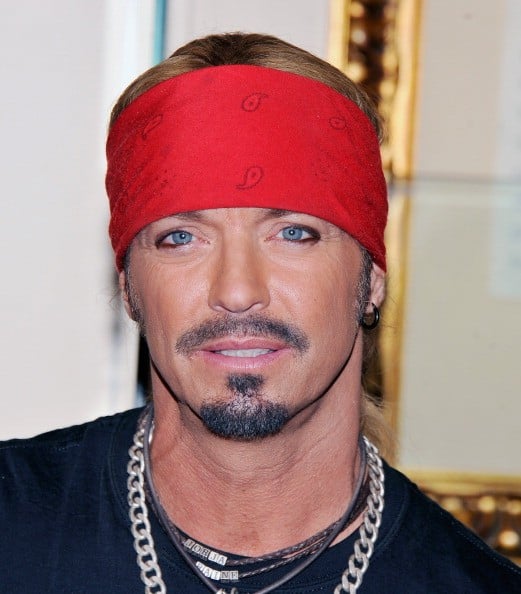 Some of Michaels' earliest connections in the music industry were Rikki Rockett and Bobby Dall – two future members of Poison. By 1984, they had been joined by Matt Smith to form the band Poison. After moving to Los Angeles, the group found greater opportunities in the city's rising music scene.

Eventually, Smith was replaced by C.C. DeVille. As word spread across Los Angeles, Poison was eventually offered a record deal with Enigma Records. Look What the Cat Dragged In was their first album, and it initially fell under the radar. However, after Bret Michaels organized a popular music video for the track "Talk Dirty to Me," Look What the Cat Dragged In went platinum.  The group quickly rose to incredible fame, headlining a concert at Madison Square Garden.

Over the next few years, Poison released tracks like "Every Rose Has Its Thorn" (a power ballad about Michaels' breakup with his girlfriend) and "Nothin' but a Good Time." Both hits were on Poison's second studio album, Open Up and Say… Ahh! The album achieved multi-platinum status, and it's widely considered one of their finest. In 1990, they achieved multi-platinum status once again with Flesh & Blood.

However, conflicts within the band soon reached a fever pitch, and this arguments seriously impacted their ability to release successful music over the next period. In particular, Bret Michaels and C.C. DeVille got into fierce arguments – often while on stage. Behind closed doors, they were often getting into fistfights, and they allegedly brawled backstage after the 1991 MTV Video Music Awards. Eventually, C.C. DeVille left the band as a result.

Poison hired Richie Kotzen as a replacement, and they subsequently released the album Native Tongue. The album received mixed reviews and achieved gold status. Further issues arose with Kotzen, and he was replaced by Blues Saraceno. In 2000, Poison released Crack a Smile… And More!, which received better reviews. Michaels suffered several serious injuries after crashing his Ferrari, and subsequently embarked on a solo career while keeping his position within Poison.

Bret's first solo album was 1998's A Letter from Death Row, which accompanied his film of the same name. After experimenting with Country music, Michaels then released the album Songs of Life. His next album was the country-oriented Freedom of Sound. In 2010, he released the album Custom Built, which featured the chart-topping collaboration with Miley Cyrus, "Nothing to Lose." In 2012, Bret Michaels toured alongside Def Leppard, one of the best bands of the 80s. In 2015, he released another album called True Grit. 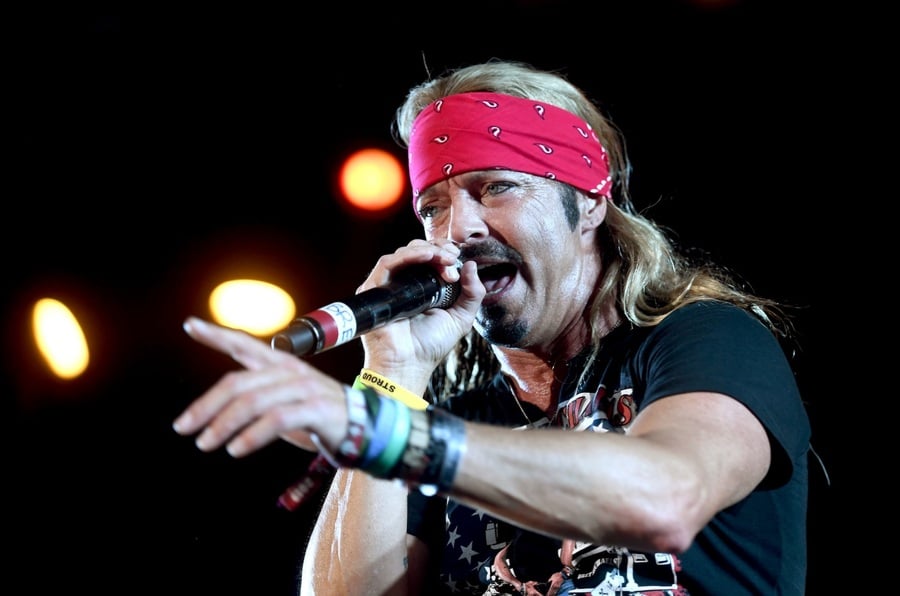 In 1998, Bret Michaels wrote, directed, and starred in the film Letter from Death Row. The film was co-produced by Charlie Sheen. Later, Sheen and Michaels would produce various other films such as No Code of Conduct, Free Money, and In God's Hands. In 2005, Michaels served as a judge on the reality TV show Nashville Star.

In 2007, he starred in his own reality TV show called Rock of Love with Bret Michaels. In 2020, Bret starred in another reality TV show called Bret Michaels: Life as I Know It. Michaels won Celebrity Apprentice 3 on NBC. Bret also appeared on shows like American Idol, Good Morning America, Yes, Dear, The Chris Isaak Show, Don't Forget the Lyrics!, and The Masked Singer.

During the filming of Bret Michaels: Life as I Know It, Bret proposed to his longtime partner Kristi Lynn Gibson. During their relationship, they had two children together. They announced their separation in 2012. Bret Michaels was also romantically involved with Pamela Anderson, and he was the other party in Anderson's infamous sex tape. His attorney fought to obtain a federal jurisdiction preventing the distribution of the tape, although it was released on the internet and later on DVD.

Michaels had struggled with health issues throughout his career. During an early Poison concert, Bret collapsed on stage. After the media spread stories suggesting that it was the result of a drug overdose, Michaels was forced to admit that he had Type 1 diabetes. In 2010, he received hospital treatment after experiencing severe numbness in the left side of his body. Doctors determined that he had a heart issue, which may have been related to a brain hemorrhage he suffered weeks earlier.

Not long after putting his Calabasas property up for sale, Michaels splurged on a $3.49 million property in Westlake Village, California. The property provides the rock star with tons of space, with 6,683 square feet of living space and 2.6 acres of land. The gated, luxurious house features high ceilings, stone archways, and a temperature-cooled wine cellar. Bret listed this home for sale in September 2020 for $4.5 million.