How much is Brent Smith Worth?

Brent Smith net worth: Brent Smith is an American singer, songwriter, and musician who has a net worth of $6 million. Brent Smith was born in Knoxville, Tennessee in January 1978. He is best known for being the lead singer of the band Shinedown. The band formed in 2001 and released their debut studio album Leave a Whisper in 2003. Shinedown released the album Us and Them in 2005. Their album The Sound of Madness was released in 2008 and reached #8 on the Billboard 200 chart and was certified 2x platinum in the US. The band's album Amaryllis was released in 2012 and reached #4 on the Billboard 200 chart and their album Threat to Survival was released in 2015 and reached #6 on the same chart. Shinedown's single "Second Chance" reached #1 on the US Alternative, US Mainstream, and US Adult Top 40 charts as well as #7 on the Billboard Hot 100 chart. Their singles "Save Me", "Devour", "The Crow & the Butterfly", "Diamond Eyes (Boom-Lay Boom-Lay Boom)", "Bully", "Unity", "Cut the Cord", "State of My Head", and "How Did You Love" all reached #1 on at least one chart. 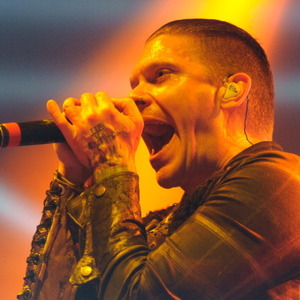