Brendon Urie net worth: Brendon Urie is an American singer-songwriter and musician who has a net worth of $12 million. Urie is best known for being the lead vocalist for the band Panic! At the Disco. He has also appeared on Broadway and is a successful solo artist. He plays guitar, piano, drums, bass, cello, violin, trumpet, accordion, and organ.

Early Life: Urie was born on April 12, 1987 in St. George, Utah but his family moved to Las Vegas, Nevada when he was two years old. His parents, Grace and Boyd Urie, had five children, of which Urie is the youngest. The family was part of the Church of Jesus Christ of Latter-day Saints, or the Mormon Church, but Urie ultimately decided to leave the church at the age of 17 as he did not believe in its teachings.

Urie began playing the guitar at a young age and grew up listening to artists like Frank Sinatra, Queen, Tom DeLonge, and David Bowie. He attended Palo Verde High School in Las Vegas and also worked at a smoothie shop in order to pay for practice spaces during his early music career. Before graduating high school in 2005, Urie met Brent Wilson who asked him to audition for his band, Panic! at the Disco. Urie officially joined the band in 2004.

Career: When Urie had initially auditioned for the band, he did so as a guitarist but was then made lead singer after his bandmates heard his impressive vocal range, which spans twice the octaves of an average male singer. Panic! at the Disco began as a cover band for the popular group, Blink-182 but soon began creating original music as well. The four original members were Urie, Wilson, and childhood friends Ryan Ross and Spencer Smith.

After creating a demo, Urie and Ross sent the recording to Pete Wentz of the band Fall Out Boy, who then drove to Las Vegas from Los Angeles to hear the young band live. He was impressed during their performance and decided to sign them to his label, Decaydance Records. The band had never performed a live show up until this point and three of the four members were still in high school. After Urie graduated, the four band members relocated to College Park, Maryland to record their debut album, "A Fever You Can't Sweat Out," which they released in September of 2005.

While album sales began slowly, they were helped by Wentz's promotion of the band to Fall Out Boy's fanbase. Additionally, once the music video for the single "I Write Sins Not Tragedies" was released, the album jumped up the charts and was certified platinum by August of 2006. The music video for the single was the 2006 MTV Video Music Awards Video of the Year. The band had begun 2006 has a supporting act for other bands but ended the year headlining their own arena tour.

In 2007, the band began recording their second album in the rural mountains of Nevada, but ultimately scrapped all of the songs and replaced them with new material that they recorded in Las Vegas, which then became the album "Pretty, Odd," released in 2008. While the album generally sold well, it didn't do as well as expected considering the success of their first album, though it was reviewed more favorably by critics.

In 2009, the band experienced a dramatic reformation, with Urie being the only original member to remain in the band. The shake-up was due primarily to creative differences, as Urie wanted to take the band in a more polished-pop direction. Joined by two new bandmates, Urie released the band's third album in 2011, "Vices and Virtues." Panic! at the Disco went on to release three more albums, with Urie being the primary creative behind the music as other band members frequently shifted in and out of the band, with some remaining touring members only. 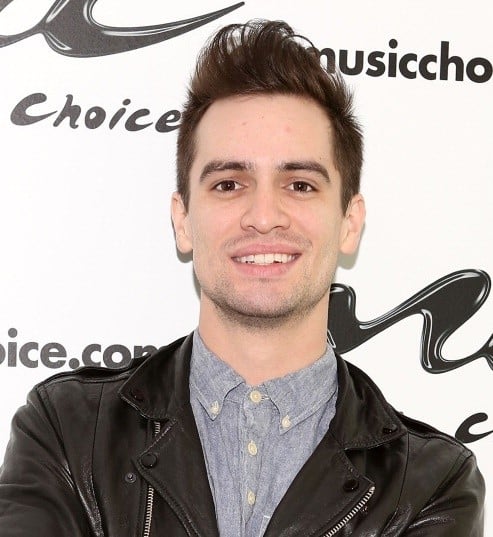 In addition to his work with Panic! at the Disco, Urie has collaborated with a number of other bands and artists and contributed to a variety of projects. He provided vocals on a couple of  Fall Out Boy's songs on two of their albums. He has appeared in a number of Fall Out Boy's music videos, as well as videos for Gym Class Heroes and The Cab. He has collaborated with Rivers Cuomo of Weezer, Dillon Francis, Travis McCoy, and Taylor Swift, among others.

He also performed at the 2013 Kennedy Center Honors honoring Billy Joel. In 2017, Urie starred in Cyndi Lauper's Tony Award-winning Broadway musical, Kinky Boots, from May to August of that year.

Personal Life: Urie met Sarah Orzechowski at one of his shows and then again a few months later after friend Hayley Williams of Paramore re-introduced them. The two began dating and announced their engagement in 2011. They married in April of 2013. The couple lived in Los Angeles until 2017 when they moved to an undisclosed location, seeking more privacy from Urie's fans.

Urie has been open about his sexual orientation, saying in 2013 that he had previously experimented with men but generally would describe himself as straight. In 2018, he announced that he was pansexual, stating that while he was very much in love with his wife, he also wasn't opposed to being attracted to men.

Urie has also been forthcoming about his mental health, as he was diagnosed with ADHD from a young age and takes medication for it. He also has stated that he has synesthesia, a condition that affects his perception of letters, numbers, and other graphics. He is also a human rights advocate and created the Highest Hopes Foundation in 2018, a foundation that provides support for other non-profits that work in human rights. 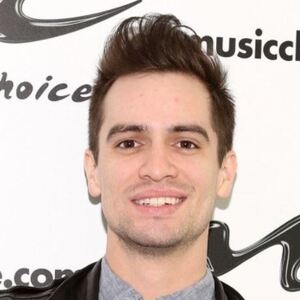