What is Brandon Flowers's Net Worth?

Flowers was born on June 21, 1981 in Henderson, Nevada, a suburb town of Las Vegas. He was the last child in a family of six total children born to parents Jean Yvonne and Terry Austin Flowers. He grew up in The Church of Jesus Christ of Latter-Day Saints. When Flowers was eight, the family moved to Payson, Utah and then to Nephi, Utah by the time he was in sixth grade. However, he decided to move back to Las Vegas at age 16 to live with his aunt and attend high school. He graduated from Chaparral High School in 1999.

Career with The Killers

In 2001, while still living in Las Vegas following his high school graduation, Flowers was fired by the first band he was in, a Utah synth-pop group called Blush Response. He decided that he was more interested in pursuing rock music and began looking for other like-minded musicians in the Las Vegas area. Flowers responded to an ad placed in "Las Vegas Weekly" that was seeking bandmembers. The ad had been placed by Dave Keuning and together with Flowers, the two formed a band that would become The Killers. They soon after recorded two tracks, "Mr. Brightside" and "Desperate." After testing a few other musicians, they invited bassist Mike Stoermer and drummer Ronnie Vannucci to join, making the official band line-up by August of 2002. The band hired Vannucci's roommate's girlfriend to design their logo, which has been used for all official band purposes ever since.

The band often practiced together in Vannucci's garage or occasionally in the band room at the University of Nevada, Las Vegas, where Vannucci was attending school. During this time, they recorded many of the songs that would become their debut album, "Hot Fuzz." They also had started playing live in small local venues, where they caught the attention of Braden Merrick, a representative from Warner Bros. Records. He took the band to Berkeley, California to record their demos, which were then sent to major record labels. While they weren't signed in the US, the newly formed Independent label Lizard King Records in London offered the band a deal based purely on the strength of their demo in July of 2003. 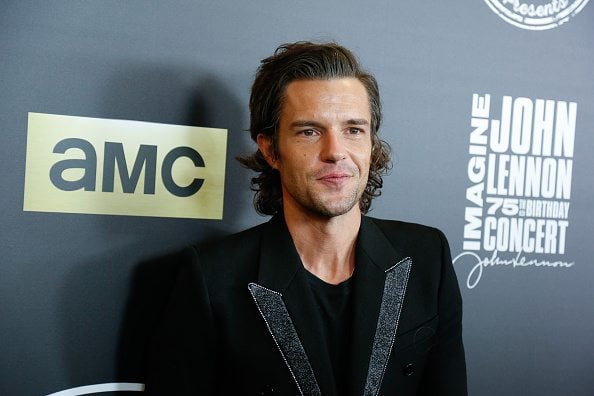 The song "Mr. Brightside" premiered on BBC Radio 1 in August and received positive critical attention. The band traveled to the UK to perform some shows, generating so much buzz that US labels starting showing more interest. They were soon after signed to Island Def Jam records. In Juny of 2004, The Killers released "Hot Fuzz," their debut album. The album reached number one in the UK seven months later. It also did very well in the US and has gone on to become certified as platinum three times over. The band won numerous awards for "Hot Fuzz" in 2005 and Flowers was named the Sexiest and Best Dressed Man at the NME Awards that year.

The band released their second album, "Sam's Town," in 2006, which went on to do very well around the world. They released a compilation album of unreleased material in 2007 called "Sawdust." Since their early work, the band has released five more full-length albums and has maintained a very strong fanbase around the world.

While still remaining an active part of The Killers, Flowers decided to work on a solo act, which he debuted at the Shimmer Showroom in Las Vegas in August of 2010. It was named one of "The Best 15 Shows of the Summer" by SPIN magazine. Flowers also released his debut solo album, "Flamino," which went on to chart in the top ten album charts in ten different countries, taking the number one spot in the United Kingdom. The first single from the album, "Crosswire," also did well and its corresponding video was nominated for Best Video at the NME Awards.

Flowers recorded another solo album in 2015 while some of the band members from The Killers wanted a break from touring. "The Desired Effect" was released in May and debuted at number one on the UK Albums Chart. The album was very positively reviewed and was honored as Album of the Year by The San Francisco Examiner and multiple tracks from the album were included on the Best Songs of 2015 lists from reputable music publications. Flowers toured with the album throughout much of 2015.

In 2005, Flowers married girlfriend Tana Mundkowsky after the two had met years before as teenagers. They had three children together, all sons, born in 2007, 2009, and 2011. His wife has been the inspiration for a number of songs, including "Some Kind of Love" and "A Dustyland Fairytale."

Flowers is still a member of the Mormon church and has discusses his religion on television, including with Richard Dawkins on the Scandinavian television show called "Skavlan." His family has also been featured in a promotional video on the Mormon church's website.

Flowers has also been involved in a number of philanthropic endeavors. He has released several annual Christmas-themed singles and videos, the proceeds of which go to Charity Red, an organization dedicated to the global AIDS, malaria, and tuberculosis fight. The Killers also have contributed songs for cover albums that are put together to support various causes, like natural disaster relief and famine. In 2017, the Killers were an organizer of a benefit concert that raised money for those affected by the 2017 Las Vegas shooting. 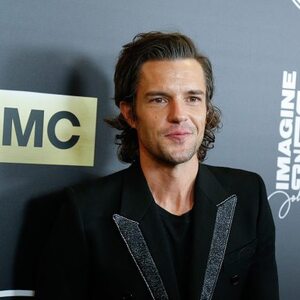