What is Brad Wilk's net worth?

Brad Wilk is an American musician, actor, and activist who has a net worth of $20 million. He is best known for being the drummer for the band Rage Against the Machine and the super group Audioslave.

Brad Wilk was born in Portland, Oregon in September 1968. Rage Against the Machine formed in Los Angeles, CA in 1991. As of this writing they have sold more than 20 million records worldwide. The band released their self-titled debut studio album in 1992 and it became 3x Platinum in the United States. Their second album Evil Empire was released in 1996 and reached #1 in the US, France, and Sweden. The band's 199 album The Battle of Los Angeles reached #1 in the US, Canada, and New Zealand. Their fourth album Renegades was released in 2000. Rage Against the Machine's best known single is "Bulls on Parade". Wilk was a part of the super group Audioslave which formed in 2001 as basically Rage ATM with Soundgarden's Chris Cornell on vocals. Their self-titled debut album was released in 2002 and was 3x Platinum in the US. Audioslave had success with their second and third albums Out of Exile and Revelations. Wilk played drums on Black Sabbath's album 13 and currently plays drums for the band on Late Night with Seth Meyers.

Brad married fellow musician Selene Vigil in 2005. She filed for divorce in 2013 but they didn't officially separate until 2016. According to their divorce filings, Brad earned $2.2 million in 2017.

In December 2021 Brad paid $5.4 million for a home just blocks away from his former Santa Monica home. 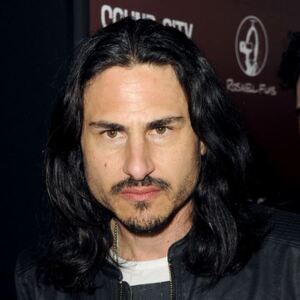