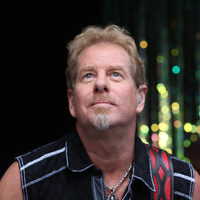 Brad Gillis net worth: Brad Gillis is an American guitarist and singer who has a net worth of $8 million. Brad Gillis was born in Honolulu, Hawaii in June 1957. He is best known for being a part of the band Night Ranger. Gillis was in the band Rubicon and has played for Ozzy Osbourne and Fiona. He has had several songs on sports programming such as Sports Center, The X Games, and for EA Sports. Gillis released two albums with Rubicon and 14 with Night Ranger. He filled in on guitar for Ozzy Osbourne when Randy Rhoads passed away and played on one album. Gillis released the solo studio albums Gilrock Ranch in 1993 and Alligator in 2000. He has also released albums with Hear 'n Aid, Fiona, Derek Sherinian, Vicious Rumors, and Queensryche with Geoff Tate.