Brad Arnold net worth: Brad Arnold is an American singer and musician who has a net worth of $8 million. Brad Arnold was born in Escatawpa, Mississippi in September 1978. He is best known as the lead vocalist and drummer of the band 3 Doors Down. 3 Doors Down formed in 1996. Arnold originally played drums from 1996 to 2000 and has continued to be the lead singer of the band. Their debut studio album The Better Life was released in 2000 on Universal Records. The album was certified 6x Platinum in the United States where it reached #7 on the Billboard 200 Chart. Their 2002 album Away from the Sun was certified 4x Platinum in the US and reached #8. The band's 2005 album Seventeen Days and 2008 album 3 Doors Down both reached #1 on the Billboard 200 chart. Their 2011 album Time of My Life reached #3 in the US. 3 Doors Down has had #1 singles with the songs "Kryptonite", "Loser", "Duck and Run", "When I'm Gone", "Here Without You", and "It's Not My Time". 3 Doors Down has sold more than 20 million albums worldwide. Arnold is planning to release a solo country music album. 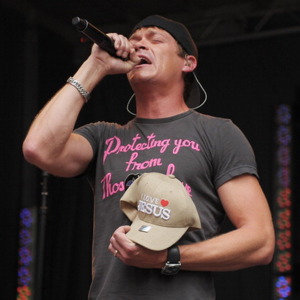