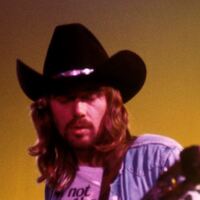 Boz Burrell net worth: Boz Burrell was an English musician who had a net worth of $500 thousand at the time of his death. Boz Burrell was born in Holbeach, Lincolnshire, England in August 1946 and passed away in September 2006. He started as a singer and guitarist but became known for his work as a bassist with the bands King Crimson and Bad Company. Burrell was a member of King Crimson from 1971 to 1972 and played on their albums Islands in 1971 and Earthbound in 1972. He was a member of Bad Company from 1973 to 1982 and again from 1986 to 1987 and 1998 to 1999. Burrell played on their albums Bad Company in 1974, Straight Shooter in 1975, Run with the Pack in 1976, Burnin' Sky in 1977, Desolation Angels in 1982, and 10 from 6 in 1985. He also released solo material and played on albums by Duster Bennett, Centipede, Pete Sinfield, Snape, Boxer, Jon Lord, The Shortlist, Ken Hensley, Ruby Turner, and Celtic Groove Connection. Boz Burrell passed away on September 21, 2006 of a heart attack.