Early Life: Boyd Calvin Tinsley was born on born May 16, 1964, in Charlottesville, Virginia. He grew up in the same part of Charlottesville as his future Dave Matthews Band bandmates Carter Beauford and LeRoi Moore. His dad was a choir director. His uncle was a trumpet player. Boyd found his way to music by accidentally when he signed up for an orchestra class during middle school thinking the guitar would be part of class. He found the violin interesting enough to continue with it. He had an aptitude for it and as a teenager was part of the local youth orchestra in Charlottesville. He studied under Isidor Saslav, who was at the time the head of the Baltimore Symphony Orchestra. Saslav offered Tinsley a spot studying under him in Baltimore, but, being only 16, Tinsley declined the offer. Boyd opted to stay in Charlottesville, where he was president of the student government at Charlottesville High School during his senior year. He graduated in 1982 and went on to the University of Virginia, where he studied history and was a member of the Sigma Nu fraternity. He graduated from UVA in 1987.

Career: In 1991, Dave Matthews asked Tinsley to play the violin on a song he wrote called "Tripping Billies" for his demo tape. Shortly after that, Tinsley left his existing band, the Boyd Tinsley Trio, to join Dave Matthews Band as a founding member. The Dave Matthews Band's first gig was on March 14, 1991, at Trax Nightclub in Charlottesville. The band released its first EP, "Recently", in 1994. The live album's five tracks were taken from shows performed at The Birchmere in Alexandria, Virginia, and from Trax in Charlottesville.

"Before These Crowded Streets," their studio third album was released on April 28, 1998. BTCS, as it is commonly referred to as by fans,  was an instant commercial success with over 900,000 albums sold worldwide in the first week. The band's fourth studio album, "Everyday," was released in February 2001 and was a huge commercial success. The band has since released the albums "Busted Stuff," "Big Whiskey and the Groo Grux King," "Away From The World," and "Come Tomorrow."

In August 2015, Tinsley formed the band Crystal Garden with Mycle Wastman, Charlie Csontos, and Matt Frewen.  In their first week of recording sessions at Boyd's studio in Virginia, they recorded the bulk of their first studio album "Let The Rocks Cry Out," which Tinsley produced. The album was released on April 22, 2017. Crystal Garden appeared on numerous morning shows.

After his firing from the Dave Matthews Band, Tinsley toured the northeast playing solo in a number of small venues in 2019 and 2020. His tour was sidelined, like so many others, by the Covid-19 pandemic.

In 2020, Tinsley, as part of the Dave Matthews Band was nominated for the Rock N' Roll Hall of Fame in Cleveland, Ohio. The band did not make the final cut of nominees for induction.

Legal Issues and Firing From Dave Matthews Band: On February 2, 2018, attorneys for former Crystal Garden band member James Frost-Winn sent Tinsley a demand letter in an effort to obtain an out-of-court settlement in regard to sexual harassment allegations. The lawsuit was settled out of court in April 2019. Terms of the settlement were not disclosed. It is believe the settlement was in the neighborhood of $75,000.

On the same day, Tinsley announced via Twitter that he would be "taking a break from the band and touring to focus on his family and his health for a while." It was later revealed that he was fired from the band.

Personal Life: Tinsley and his wife Emily have two children. Their daughter, Abigail "Abby" was born in 1996, and their son, Noah was born in 1999. Abby attended Carson-Newman University where she was a member of the women's basketball team and graduated in 2019 with a degree in business administration. Noah plays the trumpet and attends New York University.

Tinsley is a huge fan of tennis. He played doubles with John McEnroe and Pete Sampras in 2007. He sponsors the Boyd Tinsley Classic in Charlottesville, which has a prize purse of $25,000. In 2003, tennis star Anna Kournikova played her last professional matches at Tinsley's tournament.

Real Estate: In November 2019, Tinsley put his 52-acre North Garden, Virginia estate on the market for $3 million. The rural property is located 20 minutes south of Charlottesville. The secluded, private, and historic property dates to 1800 and was once a Civil War general store. In 1996, the home was renovated and revamped. It is now 7,500 square feet and has six bedrooms. The home features vaulted ceilings, expanded porches, and five stone fireplaces. Outside, there's a bluestone courtyard, hot tub, and sauna with a scenic view overlooking a creek. The property also has a separate guesthouse that was used as a music studio. There's also an indoor gym and tennis facility. 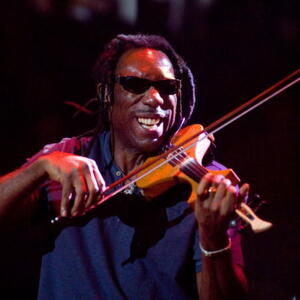