Bon Scott net worth: Bon Scott was a Scottish and Australian music star who had a net worth equal to $10 million dollars at the time of his death in 1980 (after adjusting for inflation). He was best-known for being the lead singer of AC/DC.

Born in Scotland in 1946, he was six years old when his family moved to Australia, where he would go on to become a rock superstar. Scott performed with several bands before joining AC/DC in 1974 until he died in 1980. He released a handful of albums with the band, including "T.N.T", "High Voltage" and the incredibly successful "Highway To Hell". That album would eventually become the band's first to crack into the U.S. Top 100. Scott was found dead in London in February of 1980 after a night of drinking. He now has one of the most visited gravesites in Australia. AC/DC released "Back in Black" five months after his death as a tribute to their former lead singer. Scott was inducted in the Rock and Roll Hall of Fame in 2003 and topped a 2004 list of the "100 Greatest Frontmen" published by "Classic Rock" magazine. 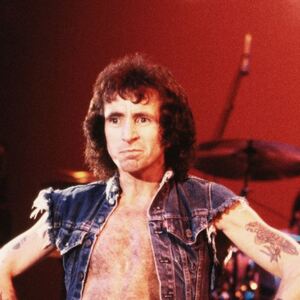