Bobby Blotzer net worth: Bobby Blotzer is an American musician who has a net worth of $5 million. Bobby Blotzer was born in Pittsburgh, Pennsylvania in October 1958. He is best known for being the drummer for the metal band Ratt. Blotzer started playing with Don Dokken in the band Dokken but left in 1978 to form the band FireFoxx. He became the drummer for Ratt in 1982 to replace Khurt Maier. Ratt released their debut studio album Out of the Cellar in 1984 and the album reached #7 in the US where it reached 3x Platinum. Their second album Invasion of Your Privacy also reached #7 in the US and was certified 2x Platinum. Ratt also released the albums Dancing Undercover in 1986, Reach For the Sky in 1988, Detonator in 1990, Ratt in 1999, and Infestation in 2010. The band had the singles "Round and Round" and "Lay It Down" certified Gold in the US. Blotzer briefly played with Queensryche and started the band Bobby Blotzer's Ratt Experience in 2015. 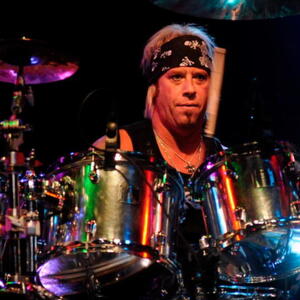