What is Bob Weir's Net Worth?

Bob Weir is an American singer, songwriter, and guitarist who has a net worth of $60 million. Weir is best known as a founding member of the rock band Grateful Dead, serving as a musician, singer, and songwriter. Although the Grateful Dead disbanded in 1995, Weir performed with other former members of the band in The Other Ones, later known as The Dead. While playing with the Grateful Dead, Bob primarily played rhythm guitar while providing vocals for many notable songs.

During his time with the Grateful Dead, Weir also found time for a variety of other projects. These included Kingfish, the Bob Weir Band, Bobby and the Midnites, Scaring the Children, Ratdog, and Furthur. His most recent project began in 2015, when Weir joined other former Grateful Dead members to form a new band called Dead & Company. In 1994, Bob Weir was officially inducted into the Rock and Roll Hall of Fame along with the other members of the Grateful Dead.

Robert Hall Weir was born on October 16th of 1947 in San Francisco, California. His parents gave him up for adoption, and he was raised in Atherton by adoptive parents. At the age of 13, Bob started playing the guitar, although he had attempted to learn the piano and trumpet previously. Although Weir was musically gifted, he struggled academically due to undiagnosed dyslexia. This issue was so bad that he was expelled from almost every school he attended. During his stints in one of these secondary schools, he met John Perry, who would later become a member of Grateful Dead.

When Bob Weir was 16, he walked into a music store on New Year's Eve and met Jerry Garcia, who didn't realize it was New Year's Eve and was waiting for his music students to arrive. Weir and Garcia then spent the entire night playing music together and decided to start a band. In these early days, they were heavily influenced by the Beatles, who were at the peak of their popularity at the time. After a number of name changes, this group became known as the Grateful Dead.

Weir became the rhythm guitarist and took on vocal duties throughout the next 30 years of the Grateful Dead's lifespan. In 1968, other members of the band grew concerned that Weir "wasn't pulling his weight musically." This led to the group performing without Weir and Ron McKernan for several concerts, although this decision was quickly reversed with Weir continuing as a full-time member.

Although he was allowed to re-enter the band, Weir recognized that some of the criticisms of his musical ability were well-founded. He dedicated himself to improving his mastery of the guitar, and the rest of the band were impressed when they discovered this tremendous growth. Among his accomplishments were learning how to play chord voicings and side guitar techniques.

In 1972, Bob Weir released his first solo album, entitled "Ace." However, the Grateful Dead still performed on the album. This album became known for the single "Playing in the Band," but this song had already been released earlier on the Grateful Dead's album "Skulls & Roses." During this period, Bob also played in bands like Kingfish and Bobby and the Midnites.

Things continued in this manner until Garcia's passing in 1995. After this incident, Weir decided to start another band called RatDog. This band mostly performed covers of various songs by artists like the Beatles, Bob Dylan, Chuck Berry, Willie Dixon, and of course the Grateful Dead. Although the Grateful Dead disbanded in the 90s, Bob participated in their various reunions, which occurred sporadically from 1998 to 2009. That being said, this band was referred to as "The Dead" instead of "the Grateful Dead." 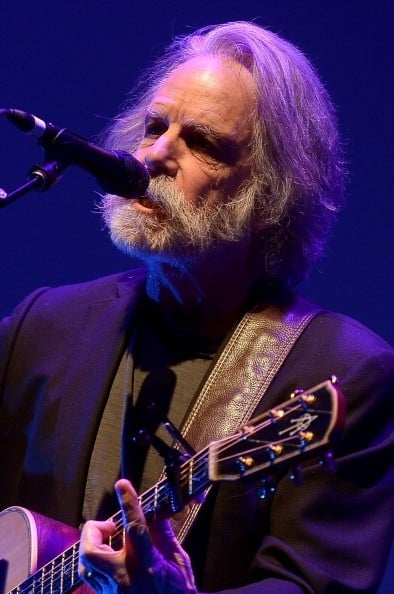 In 2009, Weir and Phil Lesh formed a new band called Furthur. In 2011, Bob started his own recording studio called Tamalpais Research Institute. Over the next few years, Weir collaborated with the Black Crowes and Jackie Greene while continuing to perform with RatDog. In 2013, Bob started to suffer from apparent exhaustion and other medical issues, collapsing on stage in New York. He then took time off live performances and canceled more shows in 2014 due to medical concerns.

However, Weir was able to reunite with the other original living members of the Grateful Dead in 2015 to perform in Chicago. This was billed as the final performance that the four surviving members would ever give. However, Weir later joined John Mayer, Oteil Burbridge, Jeff Chimenti, and former Grateful Dead members Mickey Hart and Bill Kreutzmann to form a new band called Dead & Company. They performed throughout 2015, including on New Year's Eve. This band stayed together and continued to tour long into the future.

Throughout 2016, Weir was honored with a number of honors and accolades. First came the Les Paul Spirit Award, followed by a Lifetime Achievement Award. That year, Bob released another solo album entitled "Blue Mountain." From 2018 onwards, Weir continued to perform with Phil Lesh, and he also created yet another band called Bob Weir and Wolf Bros. This latter group continued to perform live until the Covid-19 pandemic put an end to virtually all live venues.

In 2020, it was revealed that the home Weir had purchased for his father was being sold. Weir purchased the home for his biological father (whom he only met in later life) in Mill Valley, California. After his father passed away, the home hit the market with a price tag of $1.395 million. Weir owns another home in the area for himself as well as a vacant lot. He owns a home over the hill from Mill Valley in the beach town of Stinson Beach and a property an hour south in Menlo Park near where he grew up. 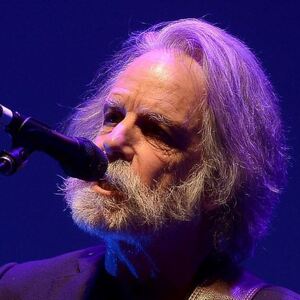