Bob James Net Worth: Bob James is an American musician, arranger, and producer who has a net worth of $15 million. Bob James was born in Marshall, Missouri in December 1939. Bob's first piano teacher discovered that he had perfect pitch. At seven years old he studied with Mrs. R.

T. Dufford. In the 1950s he competed at the Missouri State Fair piano competitions and won several blue ribbons. He played with Sarah Vaughan from 1965 to 1968 and then became a studio musician. He helped establish the smooth jazz genre. His debut studio album One was released in 1974. He has released 25 solo albums, several collaborations, 13 albums with the group Fourplay, and many more as a sideman and composer. James' work has often been sampled in other songs, mainly in hip hop music. His song "Nautilus" has been sampled by Eric B. & Rakim, Run-D.M.C., Ghostface Killah, Soul II Soul, and Jeru the Damaja. His song "Take Me to Mardi Gras" was written by Paul Simon and has been sampled by Crash Crew, Run-D.M.C., LL Cool J, the Beastie Boys, Missy Elliott, will.i.am, Dream, Common, and Wu-Tang Clan. James has won two Grammy Awards. 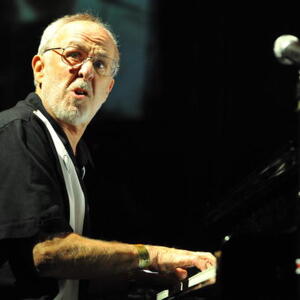