What is Bob Dylan's Net Worth?

Bob Dylan is an American singer, songwriter, artist and writer. Bob Dylan has a net worth of $500 million. Much of his most acclaimed work was during the '60s, though his works have spanned five decades. Since the late 1980s, he has toured consistently on what has been called the Never Ending Tour.

He is considered one of the best and most-prolific songwriters of all time. His songs have been covered by over 6,000 popular artists. The cover version frequently became more popular than the Dylan version. Dylan didn't mind. Every time one of his songs was covered, sold, streamed, broadcast etc… he got paid. In recent years he was earning an estimated $15 million per year in income from his song catalog royalty stream.

In December 2020 it was reported that Bob sold 100% of his song catalog to Universal Music Publishing Group for $300 million. Two months later the actual sale price was revealed to be $400 million.

In January 2022 it was revealed that at some point in mid-2021 Bob struck a separate deal with Sony where the music company acquired his master records for $200 million.

Robert Allen Zimmerman, better known as Bob Dylan, was born on May 24, 1941, in Duluth, Minnesota. His parents raised him in a close-knit Jewish community in Duluth for the first six years of his life, before moving to his mother's hometown Hibbing, Minnesota. There, his father and paternal uncles ran a store selling furniture and appliances. While Dylan was a student at Hibbing High School, he formed several bands. In 1959, he enrolled at the University of Minnesota, and joined the fraternity Sigma Alpha Mu. It was while he was a college student that he began performing regularly at a coffeehouse near campus, the Ten O'Clock Scholar; he also involved himself in the Dinkytown folk music circuit.

After dropping out of college at the end of his freshman year, Dylan traveled to New York City in 1961 to perform. It was through the performances and connections he made during this time that he got the opportunity to play the harmonica on Carolyn Hester's third album. The album's producer, John Hammond, was impressed by Dylan and signed him to Columbia Records.

Dylan's first album, "Bob Dylan", was released in March 1962. It failed to garner much attention, and only sold 5,000 copies in its first year. However, Hammond and songwriter Johnny Cash continued to support Dylan despite this setback. His second album "The Freewheelin' Bob Dylan" (1963) featured songs with lyrical material that touched on social and political topics, and helped established him as an accomplished singer-songwriter, as well as a political figure that served as a voice for his generation of young Americans concerned with things like the Civil Rights Movement and nuclear disarmament.

His third album "The Times They Are a-Changin'" (1964) continued his use of politically charged materials, and was followed by the more lyrically abstract "Another Side of Bob Dylan" (1964) later that year. Then, in the space of just 15 months, he recorded the albums "Bringing It All Back Home" (1965), "Highway 61 Revisited" (1965), and "Blonde on Blonde" (1966). In particular, his single "Like a Rolling Stone" (1965) from this period is considered to be one of the most revolutionary songs in musical history for its combination of different musical elements, as well as its confrontational lyrics. Since then, Dylan has continued to release music. 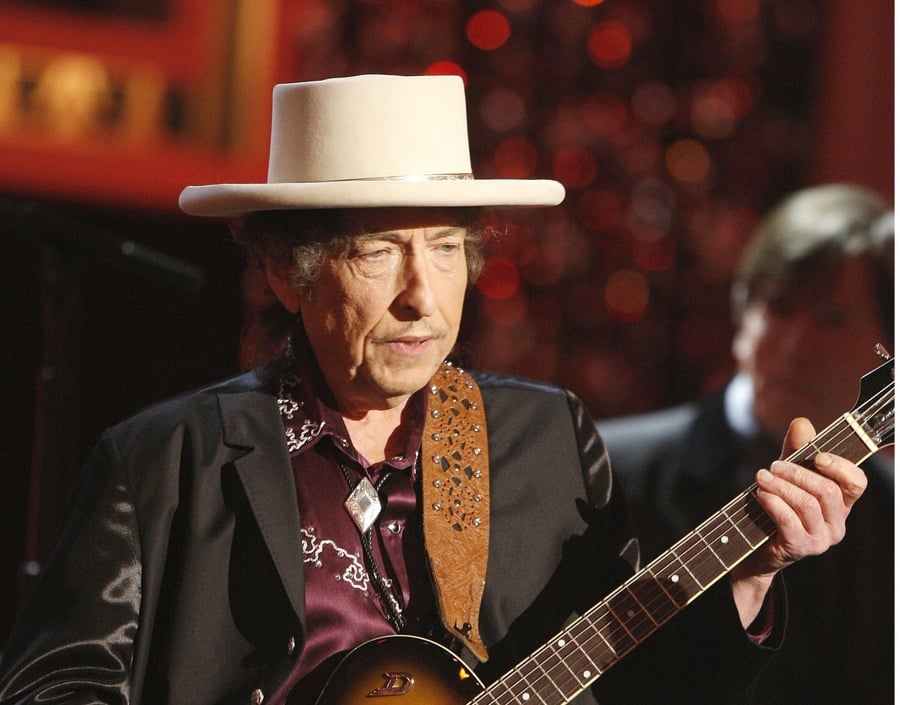 Dylan never limited himself to just one genre. He dabbled in and drew elements and inspiration from many kinds of music, everything from folk, rockabilly, country and gospel, to rock and roll and blues, among others. He has been described as one of the most influential figures of the 20th century, musically and culturally. He was included in the Time 100: The Most Important People of the Century list, where he was called "master poet, caustic social critic and intrepid, guiding spirit of the counterculture generation."

In 2008, The Pulitzer Prize jury awarded Bob Dylan a special citation for "his profound impact on popular music and American culture, marked by lyrical compositions of extraordinary poetic power." In 2017, Bob was the recipient of the Nobel prize in literature.

He is the only singer/songwriter to win a Nobel prize for literature due to the poetry of his songs. Other awards and accolades Dylan has won include ten Grammy Awards, a Golden Globe Award, and an Academy Award, as well as the Presidential Medal of Freedom.

In December 2020, Bob sold 100% of his music catalog to Universal Music Publishing Group for a reported $400 million. The deal involved more than 600 songs, several of which are arguably among the most important written works of the last century. The deal included such Dylan classics as "Blowin' in the Wind", "Like a Rolling Stone" and "The Times They Are A-Changin".

At the time, high-profile catalogs such as Dylans had been selling at a 20X annual income multiple. If true, that implies Dylan had been earning around $20 million per year in royalties from his song book.

In mid-2021 Bob sold the rights to his physical records, AKA his masters to Sony for $200 million.

Other Works and Projects

In addition to his musical pursuits, Dylan is a prolific visual artist. His first public art exhibition, "The Drawn Blank Series", opened in 2007 at the Kunstsammlungen in Chemnitz, Germany. It featured more than 200 watercolors and gouaches made from original drawings by Dylan. Other exhibits and features of his artwork include "The Brazil Series", an exhibit of 40 large acrylic paintings at the National Gallery of Denmark; "The Asia Series", an exhibit of his paintings of scene in China and the Far East at the Gagosian Madison Avenue Galley in New York City; "The New Orleans Series" at the Palazzo Reale in Milan; and "Face Value", an exhibit of twelve pastel portraits at Britain's National Portrait Gallery in London, among others. In addition to the many exhibits of his artistic works, Dylan has published eight books featuring his paintings and drawings.

In 1962, Dylan legally changed his name to Bob Dylan. He has been involved in several serious relationships. The first one was with Suze Rotolo, an artist and the daughter of American Communist Party radicals. Then, he became involved with the folk singer Joan Baez, and the two often performed together. In 1965, Dylan married Sara Lownds. They had four children together, and Dylan also adopted Lownds's daughter from a previous marriage. They divorced in 1977. In 1986, Dylan married Carolyn Dennis, his backup singer. They had one daughter together, before divorcing in 1992. 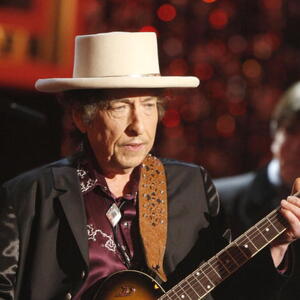