Black Francis Net Worth: Black Francis is an American musician who has a net worth of $5 million dollars. Born Charles Michael Kittridge Thompson IV in 1965 in Boston, Massachusetts, he has performed under several stage names, including Black Francis when he played with the Pixies. Black formed the Pixies in 1986 and headlined the band until its eventual breakup in the early '90s.

The Pixies released three studio albums between 1988 and 1991: "Surfer Rosa", "Doolittle",  "Bossanova", and "Trompe le Monde". After the band broke up, Black changed his stage name from Black Francis to Frank Black and released a self-titled debut solo album in 1993, which he followed up with the double album "Teenager of the Year" one year later. Soon, he formed a new band, Frank Black and the Catholics, whose first album released in 1998. It became the first album that was ever uploaded to eMusic. Toward the end of 2003, the Pixies announced their upcoming reunion tour, which traveled across the U.S. in 2004, 2005, and 2006. Overall, Black has been part of more than a dozen studio albums, including "Honeycomb", "Dog in the Sand", "Show Me Your Years", and "Fast Man Raider Man". He is married to his second wife, Violet Clark, and has three children. They live in Hadley, Massachusetts, and perform in the band Grand Duchy. The group's debut album, "Petit Fours", came out in 2009. 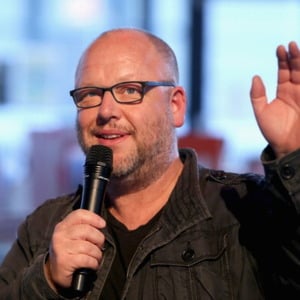