What is Björn Ulvaeus' Net Worth?

Björn Ulvaeus is a Swedish songwriter, composer, musician, writer, and producer who has a net worth of $300 million. Ulvaeus is of course best known for his work with the massively popular Swedish music group ABBA, which became a global phenomenon in the mid-70s. ABBA eventually went on hiatus in the early 80s. Outside of his work with ABBA, Björn is known for co-composing various musicals. He also co-produced films like "Mamma Mia!" and its sequels. Eventually, Ulvaeus reunited with ABBA in 2018.

Björn Kristian Ulvaeus was born on April 25th of 1945 in Gothenburg, Sweden. At a young age, he relocated with his family to Västervik, Kalmar County. He was subsequently raised alongside one older sister, eventually graduating from secondary school and undertaking his mandatory military service. Eventually, Björn attended Lund University, studying business and law.

Ulvaeus first began his musical career with a lesser-known Swedish folk band called the Hootenanny Singers. He then connected with keyboardist Benny Andersson and began composing music with him. The two continued to compose music together over the next few years although both artists were in different bands. Eventually, both Andersson and Ulvaeus got married and started to involve their wives in the musical process. This led to the formation of ABBA in 1972. They broke through with the Eurovision Song Contest in 1974, singing "Waterloo." They then followed up with the hit "Honey, Honey."

By 1976, they had achieved international stardom with hits like "Fernando." That year, they released their fourth studio album, "Arrival," which contained hits like "Knowing Me, Knowing You" and "Dancing Queen." Eventually, this level of success had a serious effect on the personal lives of both Ulvaeus and Andersson, and their marriages collapsed This led to the indefinite hiatus of ABBA in the 80s. However, these two artists continued to work together on various projects, such as musicals. Ulvaeus then reunited with ABBA in 2018. 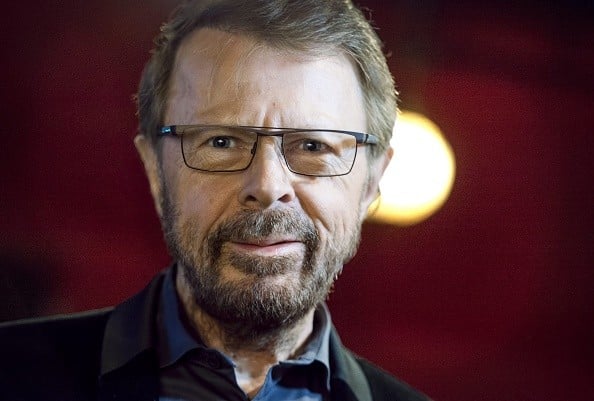 Over the course of his life, Björn has invested considerably in real estate. He has an extensive portfolio that includes properties across Europe. In 2005, it was reported that Ulvaeus was selling his residence in Buckinghamshire, England. He originally purchased this home in the 90s, and it features six bedrooms. He listed the property for 1.2 million pounds. Additional highlights include red brick construction, an acre of land, and a contained sound studio with a further two bedrooms. Swedish design influences are present throughout the residence. Björn first listed this home for 1.5 million pounds but reduced the price after it received little attention.

In 2005, it was also reported that Björn and Lena had purchased a new home on the island of Viggsö in the Stockholm archipelago. The property cost the couple 6.7 million kronor, and it has been described as a rustic summer home rather than a primary residence. Prior to this purchase, Björn already owned a second home on Viggsö that he purchased in the 70s. With this second acquisition completed, the couple now owns over 14,000 square meters of land on the island. This summer getaway is situated just a quick stroll from the sea, and it includes two balconies and three bedrooms. It was originally constructed as a fisherman's house.

In 2010, it was reported that Björn's original cottage on Viggsö had been listed for 7 million SEK, as well as a second property next door also owned by Björn. This particular cottage is quite small and inconspicuous, but it boasts a rich musical history. This was the original cottage where Benny and Björn of ABBA created hits like "Dancing Queen."

In 2011, it was reported that Björn and his wife had purchased a farm on the island of Hölö. Like Viggsö, this island also exists in the Stockholm archipelago. Ulvaeus purchased this property for 26 million SEK. The main house features six bedrooms, and once again it was reported to be a summer home rather than a primary residence. The residence sits on 27,564 square meters, and 14,912 of this is waterfront property.

In 2014, it was reported that Björn had acquired a property in Stockholm that houses the ABBA Museum and the Swedish Music Hall of Fame. This purchase also included the acquisition of the Melody Hotel. Ulvaeus and his wife also maintain a property in Djursholm, a suburban area near Stockholm that is considered the wealthiest and most exclusive community in all of Sweden. In keeping with their obvious penchant for island living, this residence exists on its own private island.

In the 2000s, the Swedish Tax Agency accused Ulvaeus of not paying more than 90 million kronor in back taxes. He allegedly failed to pay these back taxes over an eight-year period, ending in 2005. The Swedish government also accused him of money laundering, claiming that he had used several foreign institutions to hide his wealth and avoid taxation. Although the ensuing legal dispute lasted for more than 2.5 years, Björn eventually agreed to pay the back taxes. However, a court decision in 2008 went in his favor, and it was eventually determined that he never actually owed any money whatsoever to the Swedish government.