Billy Squier net worth: Billy Squier is an American rock musician who has a net worth of $40 million. Billy Squier is best known for the song "The Stroke" on his 1981 album release Don't Say No. While growing up, he began playing piano and guitar, but did not become serious with music until discovering Eric Clapton.

When he was nine, his grandfather taught him how to play the piano. He took lessons from his grandfather for two years. After he stopped taking piano lessons, he became interested in guitar and bought one from a neighbor for $95. He took guitar lessons for a couple of months until he decided to teach himself. His first public performance was at a Boston nightclub in Kenmore Square called the Psychedelic Supermarket in 1968 which is where he saw Eric Clapton and the band Cream perform. In 1980 he signed with Capitol Records to release his solo debut. He continued to rock throughout the 1980s and 1990s. In 1998, he released his last studio album to date on an independent label, a solo acoustic blues effort entitled Happy Blue. As time passed, his albums went out of print; many of these are now being reprinted. In 2005 he played a special acoustic show at B.B. King's in New York City. In 2006, he joined Richard Marx, Edgar Winter, Rod Argent, and Sheila E touring with Ringo Starr & His All Starr Band. In 2008, he joined Colin Hay, Edgar Winter, Gary Wright, Hamish Stuart and Gregg Bissonette touring with Ringo Starr & His All-Starr Band. In 2009, he launched a nation-wide summer/fall tour that included drummer Nir Z, guitarist Marc Copely, long-time bassist Mark Clarke and keyboard player Alan St. Jon. Billy Squier was born on May 12th, 1950 in Wellesley, Massachusetts. 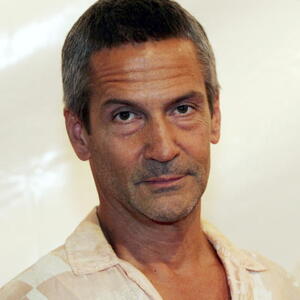