What was Billy Preston's Net Worth?

Billy Preston was American musician who had a net worth of $1 million at the time of his death. Over time after his death, the value of Billy's music catalog and royalty stream would prove to be extremely valuable, worth many millions more. Billy Preston died on June 6, 2006 at the age of 59.

Billy was one of the top session keyboardists in the 60s. During the decade, he backed such major artists as Little Richard, Ray Charles, the Rolling Stones, and the Beatles. Later, Preston found success as a solo artist with a number of hit singles, including "Outa-Space," "Nothing from Nothing," and "With You I'm Born Again."

Billy Preston was born on September 2, 1946 in Houston, Texas, and was raised by his mother Robbie in Los Angeles. A child prodigy, he learned music entirely on his own, and by the age of ten was playing the organ as backup to gospel singers such as Mahalia Jackson. When he was 11, Preston appeared on Nat King Cole's television show singing "Blueberry Hill" with the famous artist. Shortly after this, he appeared in the movie "St. Louis Blues," starring Cole.

Career with the Beatles

In 1962, Preston became an organist in Little Richard's band, and while performing in Hamburg, he met the Beatles. They later met each other again for a more fortuitous encounter in 1969, when the Beatles were on the verge of breaking up. George Harrison, a good friend of Preston, had left the band and gone to a Ray Charles concert where Preston was playing organ. Harrison then brought Preston to the studio, where he was able to alleviate some of the tension among the Beatles.

During many of the "Get Back" sessions, Preston played the organ and electric piano. He also accompanied the Beatles on electric piano for their famous valedictory rooftop concert. In April of 1969, the song "Get Back" was credited to both the Beatles and Preston. Beyond his contributions to the "Get Back" sessions, Preston also played the organ on "I Want You (She's So Heavy)" and "Something" from "Abbey Road."

As a solo artist, Preston released his first album, "16 Yr. Old Soul," in 1963. This was followed by the instrumental album "The Most Exciting Organ Ever," which was released in 1965 when Preston was a regular performer on the musical variety television series "Shindig!" While signed to the Beatles' Apple label in 1969, Preston released "That's the Way God Planned It," which was produced by George Harrison; its title track became a hit single in the UK. Preston continued to partner with Harrison after the Beatles broke up in 1970, appearing on many of Harrison's solo albums. In 1971, after leaving Apple and signing with A&M Records, he released his most commercially successful album yet, "I Wrote a Simple Song." The album launched the hit instrumental single "Outa-Space," which peaked at number two on the Billboard Hot 100 before going on to win the Grammy Award for Best Pop Instrumental Performance. 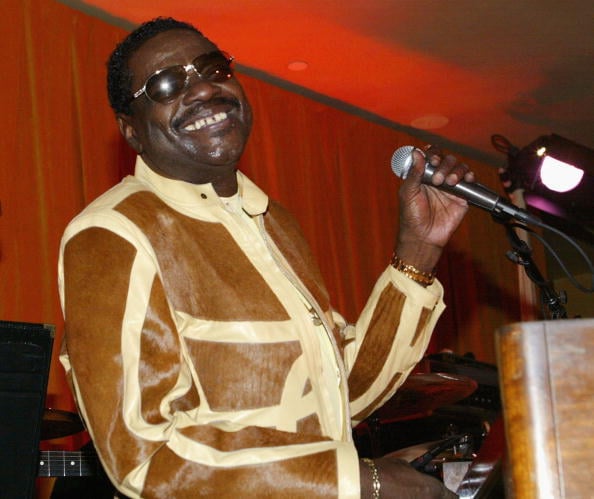 Preston continued his success in 1972 with the album "Music is My Life," which spawned the chart-topping single "Will it Go Round in Circles." He subsequently enjoyed major hits with "Nothing from Nothing," from his 1974 album "The Kids & Me," and "Space Race," from his album "Everybody Likes Some Kind of Music." In 1979, after seven years with A&M, Preston signed to Motown. He then did a duet with Syreeta Wright on the ballad "With You I'm Born Again," which hit number four in the US. In the 80s, Preston lost much of his career momentum due to his alcohol and cocaine addictions, and mostly focused on session work. His albums during this time were "The Way I Am," "Pressin' On," "On the Air," and "You Can't Keep a Good Man Down." Following a nine-year hiatus, Preston returned in 1995 with "Billy's Back." His final solo studio album, "You and I," came out in 1997.

Among his many other notable collaborations, Preston played keyboards for the Rolling Stones throughout the 70s. He contributed to such albums of theirs as "Sticky Fingers," "Exile on Main St.," and "Black and Blue," and served as their primary touring keyboardist between 1973 and 1977. Beyond the Stones, Preston composed one of Joe Cocker's biggest hits, "You Are So Beautiful." Throughout the 80s, Preston did session work for artists including Luther Vandross, Patti LaBelle, and Whitney Houston. He also toured with such artists as Eric Clapton, Ringo Starr, and the Band.

In the early 2000s, Preston appeared on Johnny Cash's album "American IV: The Man Comes Around." He went on to tour with the Funk Brothers and Steve Winwood, and then reunited with Eric Clapton for tours in Europe and North America. Additionally, Preston appeared on Ray Charles' album "Genius Loves Company." His subsequent collaborations included work with the Red Hot Chili Peppers on their album "Stadium Arcadium." Preston's final recorded work came in 2005 and 2006, when he contributed to Neil Diamond's album "12 Song" and Eric Clapton and J. J. Cale's album "The Road to Escondido."

Throughout his life, Preston struggled with accepting his homosexuality, as well as coping with the effects of sexual abuse he endured as a child. He did not publicly come out as gay until shortly before his passing. While in the closet, Preston was engaged to actress and model Kathy Silva; he broke off the engagement when he came home one day to find her in bed with his friend and collaborator Sly Stone.

After breaking off his engagement with Silva, Preston began abusing cocaine and alcohol to cope. In 1991, he entered a drug rehab program to treat his addictions. However, he got into serious trouble that summer while on probation, when he was arrested for sexually abusing a 16-year-old boy. The sex charges were eventually dismissed, and Preston was sentenced to nine months in rehab and three months of house arrest. He continued to court trouble over the ensuing years; in 1997, he was sentenced to three years in prison for cocaine possession. While in jail, he was indicted for a $1 million insurance fraud scheme after he set fire to his home in Los Angeles. Preston ultimately served 18 months of a four-year sentence at Avenal State Prison, where he also performed church services.

In June of 2006, Preston passed away while in a coma brought on by respiratory failure. He had suffered from kidney disease in his later years, and was given a kidney transplant in 2002. His three-hour funeral was attended by a range of his friends and collaborators, including Joe Cocker, Little Richard, and Merry Clayton. 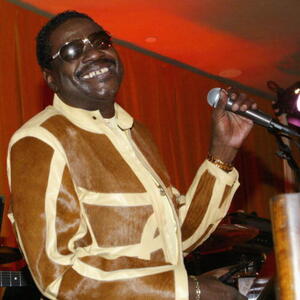