Billy Duffy Net Worth: Billy Duffy is an English guitarist and songwriter, best known as the guitarist in The Cult who has a net worth of $12 million dollars. Billy Duffy was born May 2, 1961 in Manchester, England where he began playing guitar at the age of fourteen. Duffy got his start playing in different punk line-ups in the late 1970s, but these earlier years were more notable for his introducing Johnny Marr (The Smiths) to the guitar and encouraging Morrissey to make his singing debut with Duffy in The Nosebleeds. e eventually met Ian Astbury, the frontman for gothic rock band Southern Death Cult, who was impressed with Duffy's playing and abandoned Southern Death Cult to start a new band with him. Together, they exploited the Southern Death Cult's success by calling themselves Death Cult. Despite some initial fanfare and a couple of singles, the band chose to shed the name in 1984 in favor of the shortened The Cult. Duffy moved to Los Angeles in 1988 with Astbury, where both remain. There, the two writing partners, along with longtime bassist Jamie Stewart, turned to stadium rock and recorded "Sonic Temple". The Cult reached a larger, mainstream audience with this release. 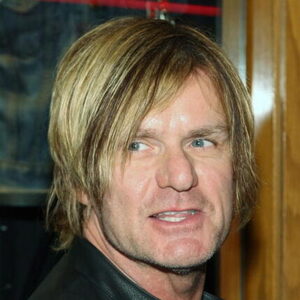