What is Billy Corgan's Net Worth?

Billy Corgan is an American musician, producer, lyricist, writer and poet who has a net worth of $60 million. Billy Corgan co-founded the group, Smashing Pumpkins, in the late '80s. The band became hugely successful and toured extensively, but fell apart multiple times due to inter-band tensions and drug issues. Currently, though the band is still touring, Billy Corgan is the only remaining original member in the group.

Born William Patrick Corgan, Jr. on March 17, 1967, in Elk Grove Village, Illinois, he established himself as an influential figure on the Alternative rock scene, especially as a frontman and sole permanent member of Smashing Pumpkins. He attended Glenbard North High School and decided to start playing guitar after seeing a Flying V at a friend's house. Corgan then gave his savings to his father who subsequently bought him a used Les Paul knock-off, which Corgan taught himself to play. Corgan's musical influences during these years were John Cale, Black Sabbath, Queen, and other mainstream rock acts. He also discovered alternative rock like Bauhaus and The Cure. After high school, despite grant and scholarship offers from numerous schools, he decided to instead pursue a career in music.

Billy Corgan and the Chicago music scene didn't agree, so he moved to St. Petersburg, Florida in 1985 with his first band The Marked. The band broke up after they didn't find success in Florida. Corgan moved back to Chicago to live with his father and he played in the band Deep Blue Dream from 1987 to 1988. He left the band to start The Smashing Pumpkins.

Corgan met guitarist James Iha while working in a record store and the two began recording demos. He met bassist D'arcy Wretzky after a concert, when they argued about the band that just played. The trio formed the Smashing Pumpkins and began to play together at local clubs, using a drum machine for percussion. They eventually recruited Jimmy Chamberlin and played for the first time as a foursome on October 5, 1988. Chamberlain's addition drove the band in a heavier direction. The band released their debut album "Gish" in 1991. It fared better than anyone expected, but their second album, 1993's "Siamese Dream" became a multi-platinum hit. The album was critically acclaimed and the songs "Today," "Cherub Rock," and "Disarm" became the biggest hits off the album. Ever since the rock band was created, Corgan was the one to pave the band's direction through his confessional lyrics, grandiose production values and virtuosic musical interplay. Under his guidance, the Smashing Pumpkins had transformed themselves into a major label success in less than three years.

The Smashing Pumpkins released "Mellon Collie and the Infinite Sadness" in 1995 and it was an even bigger hit, spawning a string of No. 1 singles. The album was nominated for seven Grammy Awards that year and went on to become certified ten times platinum. Their biggest hit to date was "1979." 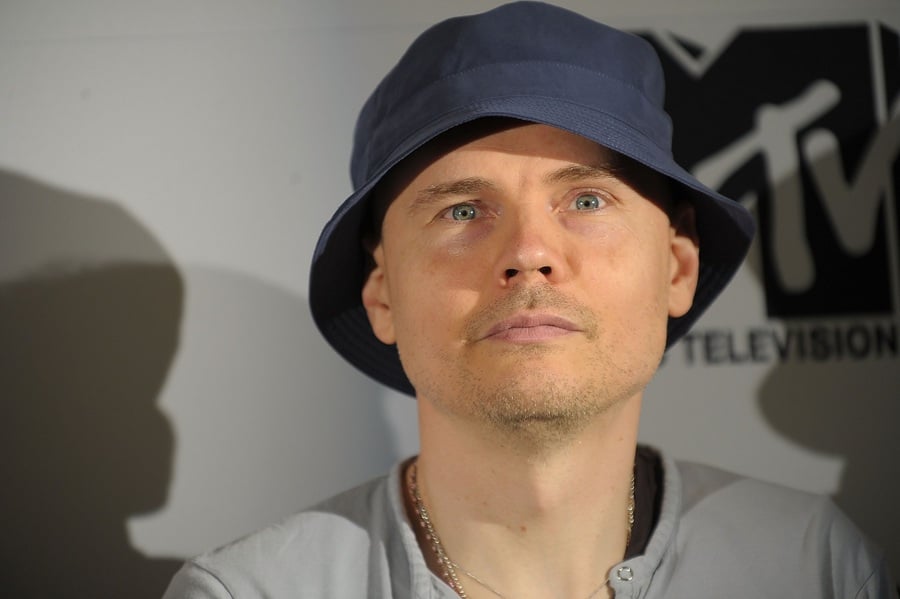 In July 1996, the band's touring keyboardist Jonathan Melvoin died of a heroin overdose in a Manhattan hotel room after he and Chamberlin had used the drug together. Chamberlin was later arrested on a misdemeanor possession charge. Subsequently the band made the decision to fire Chamberlin and they continued as a trio. The shake up, coupled with personal dealings on Corgan's end and fighting depression, influenced the somber mood of 1998's "Adore." The album was met with a divided response from fans and critics. The next year, Chamberlin rejoined the band and they released "Machina/The Machines of God." In the middle of recording the album, Wrtzky quit the band. Sales were lower than ever before and critics were once again divided. The Smashing Pumpkins played their last show for awhile on December 2, 2000.

Corgan reunited with Chamberlain to form the band Zwan in late 2001. Their debut album, 2003's "Mary Star of the Sea" was released to positive reviews. The band broke up shortly after. In 2004, Corgan embarked on a solo music career and released his first solo album "TheFutureEmbrace" to mixed reviews and low sales.

In 2005, Corgan took out a full-page ad in The Chicago Tribune and The Chicago Sun-Times with a plea to re-form the Smashing Pumpkins. Days later, Chamberlin accepted. In 2006, the band officially announced their reunion. The re-formed group went into the studio for two years and performed their first show together in May 22, 2007. They released "Zeitgeist" in July 2007 and it debuted at No. 2 on the Billboard charts. Corgan spent the summer of 2009 touring with his side band he had formed, Spirits in the Sky. The Smashing Pumpkins went on to release three more albums over the years: 2012's "Oceania", 2014's "Monuments to an Elegy", and "Shiny and Oh So Bright, Vol. 1" in 2018. Corgan went on to release three more solo albums.

To date, the Smashing Pumpkins have released ten studio albums and have sold over 30 million records worldwide. Their work was awarded with numerous accolades, ranging from music giants MTV to the world-respected Grammys to the Make-A-Wish Foundation. Although the line-up has changed several times since Smashing Pumpkins' formation, Corgan has never ceased to record and tour recruiting new bandmates every now and then. The Smashing Pumpkins owe their success to the dense, layered sound they created along with their dynamic songwriting, alternately angst-ridden and dreamy.

Outside of music, Corgan formed a Chicago-based independent wrestling promotion called Resistance Pro in 2011. In April 2015, Corgan became the new Senior Producer of Creative and Talent Development for Total Nonstop Action Wrestling. In August 2016, he took over as the new president of TNA. He left TNA just three months later after disputes about not being paid on time. In May 2017, it was reported that Corgan purchased the National Wrestling Alliance. His ownership took place on October 1, 2017.

Corgan has long struggled with anxiety, depression, and suicidal ideation. He attributes his condition to the abuse he suffered from his stepmother as a child.

Corgan married Chris Fabian in 1993. They separated in 1995 and divorced in 1997. He dated Yelena Yemchuk from 1985-2004. Corgan moved in with Courtney Love and her daughter in early 2006 and they split shortly after. He began dating Australian singer Jessica Origliasso in 2010 and they dated until 2012. Corgan and fashion designer Chloe Mendel began dating in 2013. They have two children together.

In 2003 Billy paid $6.8 million for a for a 9,600 square-foot lakefront mansion in the suburbs of his hometown Chicago. He eventually paid $1.25 million for the home next-door to create a massive compound over 8-acres.

In 2009 Billy paid $3.85 million for a home in Beverly Hills. He listed the home in 2015 for $5 million but struggled to find a buyer. Two years later he accepted $3 million for the property. 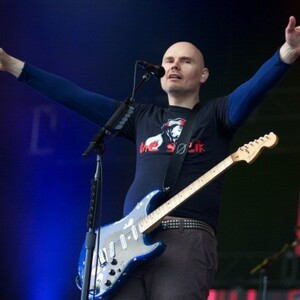