What is Billie Joe Armstrong's Net Worth?

Billie Joe Armstrong is an American singer, songwriter, musician, and actor who has a net worth of $75 million. Armstrong is best known as the lead vocalist of punk rock band Green Day, and he has also been a member of the bands Pinhead Gunpowder, The Coverups, Foxboro Hot Tubs, The Longshot, and The Network. Green Day's first two albums, "39/Smooth" (1990) and "Kerplunk!" (1991), solidified their place in the Southern California punk scene of the early '90s, but when 1994's "Dookie" was released on a major label and sold more than 8 million copies, the band was accused of selling out.

With each Green Day album, Armstrong continued to ignore the criticisms of the group's early fans as the band proceeded to strengthen its status within the mainstream, culminating in 2004's "American Idiot," a rock opera that became a surprise international success, a multi-platinum Grammy winner, and a Tony-winning Broadway musical. Green Day has released 13 studio albums, selling more than 75 million records, and in 2015, they were inducted into the Rock and Roll Hall of Fame. Billie Joe has also appeared in several film and television projects, co-founded a record label (Adeline Records), opened his own guitar shop (Broken Guitars), and launched Oakland Coffee Works with his Green Day bandmates.

Billie Joe Armstrong was born February 17, 1972, in Oakland, California. He grew up in Rodeo, California, with mother Ollie (a waitress), father Andrew (a truck driver and jazz musician), and five older siblings. Sadly, Andrew passed away from esophageal cancer when Billie Joe was 10 years old. Armstrong became interested in music at an early age, and a teacher at Hillcrest Elementary School urged him to record a song, "Look for Love," for local label Fiat Records when he was just 5 years old. Billie Joe met future Green Day bandmate Mike Dirnt in the Hillcrest Elementary cafeteria when he was 10, and they formed the band Sweet Children five years later. Armstrong attended high school at John Swett High School and Pinole Valley High School but dropped out the day he turned 18.

In 1988, Sweet Children signed with Lookout! Records and changed their name to Green Day before releasing their first EP, 1989's "1,000 Hours." They released their first two studio albums on Lookout! Records, and in late 1990, Tré Cool began playing drums for Green Day after Armstrong performed on an EP by Tré's band The Lookouts. Around that time, Billie Joe joined Pinhead Gunpowder, and the band released one studio album and eight EPs between 1991 and 2008. In 1994, Green Day released "Dookie" on Reprise Records, and it was certified Diamond in 1999. The album reached #2 on the "Billboard" 200 and #1 on the charts in Australia, Canada, and New Zealand. Green Day's next two albums, "Insomniac" (1995) and "Nimrod" (1997) went 2x Platinum, and 2004's "American Idiot" was certified 6x Platinum and hit #1 on the charts in seven countries. 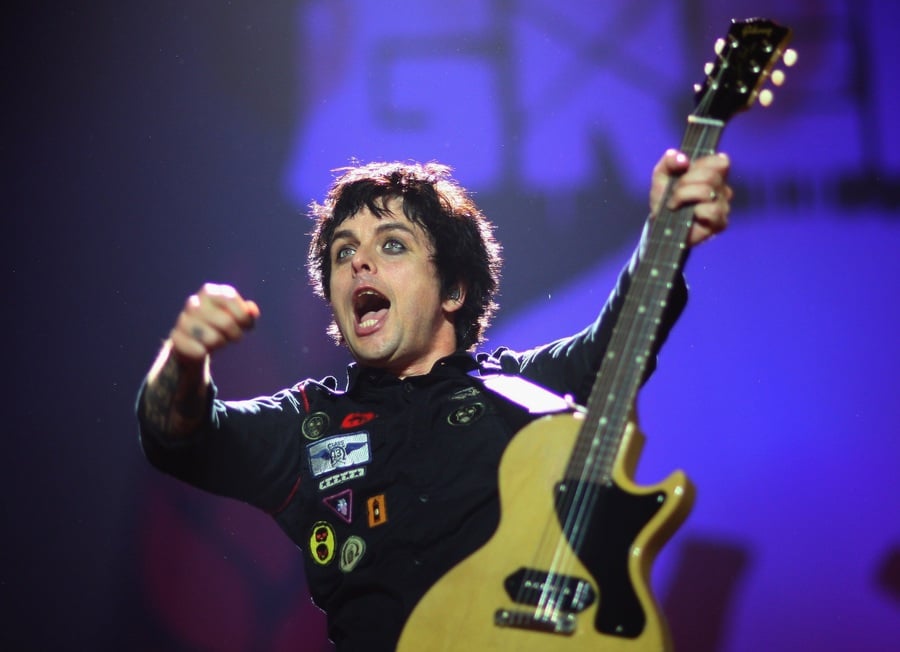 In the early 2000s, Armstrong collaborated with The Go-Go's and Ryan Adams and released an album, "Money Money 2020" (2003), with The Network, a Green Day side project. In 2008, he released the album "Stop Drop and Roll!!!" with Foxboro Hot Tubs, and it peaked at #21 on the "Billboard" 200. In 2009, Green Day released their second rock opera, "21st Century Breakdown," and "American Idiot" was adapted into a Broadway musical that won Tonys for Best Scenic Design of a Musical and Best Lighting Design of a Musical. Billie Joe appeared as St. Jimmy in several performances of the musical and was set to reprise his role in a film adaptation, but in 2020, he revealed that the film has been "pretty much scrapped." In 2013, Armstrong was an assistant mentor on "The Voice," and he released "Foreverly," an album of Everly Brothers covers, with Norah Jones. In 2018, Billie Joe released an album with The Longshot and went on tour with them.

Though Armstrong is best known for his work with Green Day and hit singles like "Basket Case," "Good Riddance (Time of Your Life)," and "Wake Me Up When September Ends," he has also appeared in many films and TV shows. He has lent his voice to "The Simpsons Movie" (2007) and "King of the Hill" (1997), and he has guest-starred on "Nurse Jackie" (2012) and "Drunk History" (2016). Billie Joe's film work includes box office hit "This Is 40" (2012) and award-winning independent film "Like Sunday, Like Rain" (2014), and he played the lead role in "Ordinary World" (2016) and contributed four songs to the movie's soundtrack.

Armstrong, who is bisexual, married Adrienne Nesser on July 2, 1994, and the next day they found out that Adrienne was pregnant. They welcomed son Joseph on February 28, 1995, and gave him a little brother, Jakob, on September 12, 1998; both Joseph and Jakob followed in their father's footsteps and became musicians. Billie Joe has had his share of legal troubles, with arrests in 1996 for indecent exposure after a show in Wisconsin and 2003 for drinking and driving after being pulled over for speeding. In 2011, he was kicked off a Southwest Airlines flight for wearing his pants too low, and during a 2012 performance at Las Vegas' iHeartRadio Music Festival, he stopped Green Day's set midway through a song, went into an expletive-filled rant, and smashed his guitar. Two days later, Green Day announced that Armstrong was seeking treatment for substance abuse. 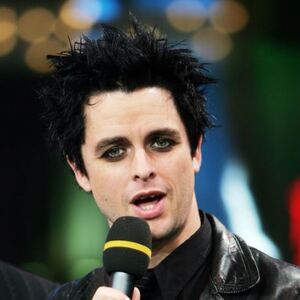