What Is Bill Wyman's Net Worth?

Bill Wyman is an English musician, record producer, and singer-songwriter who has a net worth of $80 million. Wyman was the bass player for the Rolling Stones from 1962 to 1993, and he formed the band Bill Wyman's Rhythm Kings in 1997. Bill has also produced films and records, and he has written scores for film and television projects.

Wyman played on more than 20 Rolling Stones albums, and the band was inducted into the Rock and Roll Hall of Fame in 1989. He has released six studio albums with Bill Wyman's Rhythm Kings as well as five solo albums and the soundtrack of the 1981 film "Green Ice." Bill has published several books, including "Stone Alone" (1997), "Bill Wyman's Blues Odyssey" (2001), "Rolling with the Stones" (2002), and "Bill Wyman's Treasure Islands" (2005).

Bill Wyman was born William George Perks on October 24, 1936, in Lewisham, South London. He grew up with mother Molly, father William (a bricklayer), and four siblings, and he has said that his childhood was "scarred by poverty." Bill attended Beckenham and Penge County Grammar School, but he dropped out in 1953 before the GCE exams because his father got him a job with a bookmaker. From 1955 to 1957, Wyman served in the Royal Air Force. He took piano lessons during his youth, and he bought an electric guitar in 1960, but he switched to bass guitar after attending a Barron Knights concert. In the early '60s, he created a fretless electric bass and played it in the band the Cliftons. Bill legally changed his last name in 1964, taking the surname of his friend Gordon Lee Whyman.

The Rolling Stones formed in 1962, and in December of that year, Wyman auditioned to replace Dick Taylor and became the band's new bassist. In the early days of the band, Bill provided backing vocals on records and during concerts, and he sang lead on the 1967 single "In Another Land," which he also wrote. He wrote the track "Downtown Suzie," which was featured on the 1975 compilation album "Metamorphosis," as well. Wyman played on 1971's "The London Howlin' Wolf Sessions" with Howlin' Wolf, Charlie Watts, Eric Clapton, and Stevie Winwood and 1972's "Jamming with Edward" with Watts, Mick Jagger, Ry Cooder, and Nicky Hopkins. While he was a member of the Rolling Stones, Bill released the solo albums "Monkey Grip" (1974), "Stone Alone" (1976), and "Bill Wyman" (1982). In the '80s, he composed music for the Dario Argento films "Phenomena" (1985) and "Terror at the Opera" (1987), and in 1983, he organized a concert tour to raise money for Action Research into Multiple Sclerosis, featuring musicians such as Eric Clapton, Jimmy Page, and Jeff Beck. 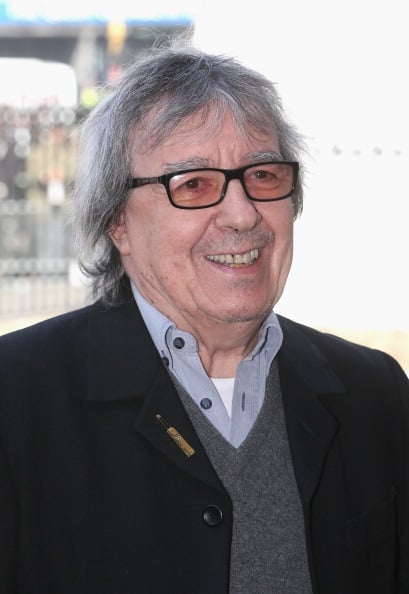 Wyman decided to leave the Rolling Stones after their 1989–1990 "Steel Wheels/Urban Jungle Tours," but he didn't officially announce his departure until January 1993 when he stated during a British TV interview, "I really don't want to do it anymore. I have many special memories. It's been wonderful. But I thought the last two tours with them were the best we have ever done, so I was quite happy to stop after that. When I joined this band, we thought we would last two or three years with a bit of luck and come out with a few shillings in our pockets. Now, here I am 30 years later, and I haven't done any of the other important things in life."

Bill married Diane Cory on October 24, 1959, and they welcomed son Stephen on March 29, 1962. They divorced after 10 years of marriage, and Wyman married Mandy Smith, who was 18 at the time, on June 2, 1989. According to Mandy, Bill began a sexual relationship with her when she was just 14 years old. Wyman and Smith divorced in 1993, then he married Suzanne Accosta on April 21st of that year. Bill and Suzanne have three daughters, Katherine (born in 1994), Jessica (born in 1995), and Matilda (born in 1998). Wyman is a fan of Crystal Palace F.C., and he enjoys cricket and has played in charity matches. In 2007, he began selling metal detectors that he designed. His website describes the Bill Wyman Signature Detector as "the ideal metal detector for anyone starting out treasure hunting."

Bill smoked for 55 years, but he gave it up in 2009 after doctors warned him that he was "very close to starting" emphysema. In early 2016, Wyman was diagnosed with prostate cancer. He spent nearly two years undergoing treatment, and in a 2019 interview, he revealed, "I've been totally cured…Back to normal now, and I didn't have to have the hammer and chisel job, either. Just radiotherapy, so there was no cutting in or anything, which was nice." Bill is a photographer, and in 2010, an exhibition of his photographs was held in St Paul de Vence, France. Three years later, another exhibition took place at London's Rook & Raven Gallery. Wyman owned the Sticky Fingers restaurant in London for 32 years, but it closed in June 2021 as a result of the COVID-19 pandemic. 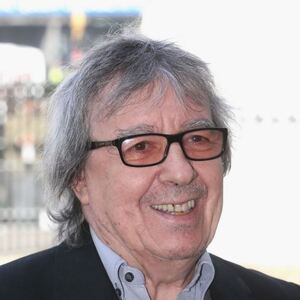