Bill Ward net worth: Bill Ward is an English musician and visual artist who has a net worth of $65 million dollars. Born in Aston, Birmingham, England, Bill Ward first gained attention while playing in the band, Mythology, with Tony Iommi.

The two musicians joined Ozzy Osbourne and Geezer Butler to form Black Sabbath, in the late 1960s. He played drums for every Black Sabbath album until 1980. He took time away from the group in the early 80s, primarily due to ill health, and did not begin performing with them regularly again until the mid-90s. He rejoined the group for good in 1997, but suffered a heart attack, and had to be replaced at the last minute. He finally returned to full performance status in 1999. When not performing with the group, he hosts a monthly radio show called "Rock 50" from California. Though he originally planned to join Heaven and Hell, the group formed by Butler and Iommi, he ultimately decided not to participate. 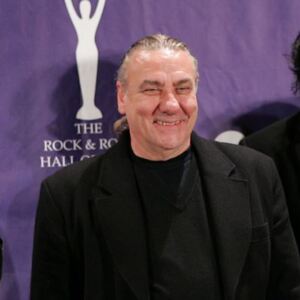