How much is Bill Stevenson Worth?

Bill Stevenson net worth: Bill Stevenson is an American musician and record producer who has a net worth of $5 million. Bill Stevenson was born in Torrance, California in September 1963. He is best known for being the drummer and songwriter of the band Descendents. He has also been a member of the bands Black Flag, All, Only Crime, and The Lemonheads. The Descendents formed in 1977 and have broken up several times but Stevenson has remained the only constant member. They released the albums Milo Goes to College in 1982, I Don't Want to Grow Up in 1985, Enjoy in 1986, All in 1987, Everything Sucks in 1996, and Cool to Be You in 2004. Their album Hypercaffium Spazzinate was released in 2016 and reached #1 on the Independent chart. He co-founded the recording studio The Blasting Room. Bill Stevenson has also produced albums for bands including Rise Against, As I Lay Dying, and NOFX. 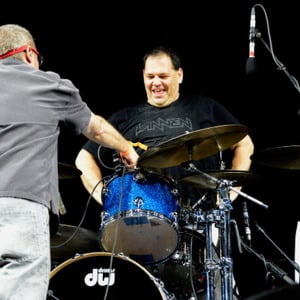