Bill Kreutzmann net worth: Bill Kreutzmann is an American musician who has a net worth of $50 million. Born in Palo Alto, California, Bill Kreutzmann was told he had no rhythm, but began playing drums in his early teens anyway. He co-founded the group, The Warlocks in the mid-60s. A year later, The Warlocks changed their name to The Grateful Dead. In the late 60s, The Grateful Dead added drummer Mickey Hart to the group. Kreutzmann and Hart would go on to become a legendary percussion duo, known for their almost eerie synchronicity and virtuosic drum duets. The pair became known as "the Rhythm Devils". Kreutzmann performed with the band until 1995, when the group went their separate ways after band member, Jerry Garcia, passed away. Since then, he has performed with various groups, and is currently performing with his own band, 7 Walkers. The trio released its first album in November of 2010.

Real estate: In December 2018, Bill and his wife Aimee spent $4.9 million to buy a house in the Point Dume area of Malibu. The couple already owns a multi-acre estate in Hawaii on the island of Kauai. 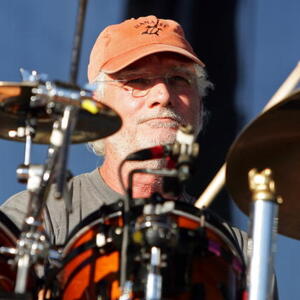