Bill Kaulitz net worth: Bill Kaulitz is a German singer, songwriter, designer, model, and voice actor who has a net worth of $30 million dollars. Bill Kaulitz was born in Leipzig, East Germany in September 1989. He is best known for being the lead singer of the band Tokio Hotel. Bill has an identical twin brother named Tom.

Bill showed an early interest in singing and his brother Tom started to play guitar. The twins started to write music at the age of seven. They started playing together live at ten years old. When they turned 12 they enlisted two more members and started the band Devilish. The band released a self-titled album in 2001. The band changed their name to Tokio Hotel and signed with Universal Music Groups' Interscope Records in 2005. Their debut album Schrei was released the same year and the single "Durch den Monsun" hit #1 in Germany. They released studio albums in 2007 and 2009 as well as a best of album in 2010 and two live albums. Bill and Tom have modeled for PETA and Bill has modeled for Dsquared. In 2010 the brothers moved from Hamburg to Los Angeles due to a stalking and robbery incident. Bill was immortalized in wax at Madame Tussauds museum in Berlin in 2008. He was just 19 at the time and became the youngest person to be duplicated as such. 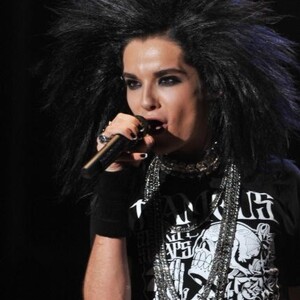