Bill Berry net worth: Bill Berry is a retired American musician who has a net worth of $40 million. Bill Berry was born in Duluth, Minnesota in July 1958. He is best known for being the drummer for the band R.E.M. In high school he met bass player Mike Mills and the two played in different bands together.

The pair moved to Athens, Georgia and met Michael Stipe and Peter Buck in 1978. Bill studied at the University of Georgia but dropped out. The four formed R.E.M. in 1980. Berry played drums and also sometimes played guitar, bass, keyboards, piano, mandolin, and provided backing vocals. He also wrote some songs for the band such as "Everybody Hurts" and "Man on the Moon". R.E.M. has released 15 studio albums and sold over 85 million records worldwide. They have had two albums hit #1 on the Billboard 200 chart and three albums certified 4x Platinum. They have had multiple hits including "The One I Love", "Orange Crush", "Stand", "Losing My Religion", "Drive", "Man on the Moon", "Everybody Hurts", "What's the Frequency, Kenneth?", and "The Great Beyond". The band called it a day in 2011. R.E.M. was inducted into the Rock and Roll Hall of Fame in 2007. In 1984 Berry played drums for Hindu Love Gods. While performing with R.E.M. in Switzerland Berry collapsed on stage from a ruptured brain aneurysm. He recovered but left the band in 1997. He became a farmer in Georgia. He has had several brief reunions with the band. 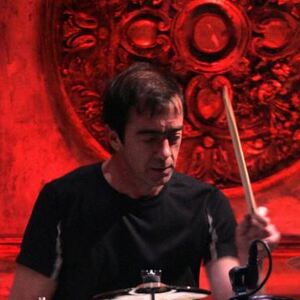