Big Al Anderson net worth: Big Al Anderson is an American guitarist, singer, and songwriter who has a net worth of $5 million. Big Al Anderson was born in Windsor, Connecticut in July 1947. He was the front man of the band The Wildweeds. The band had some success with their single "No Good To Cry".

Anderson was the lead guitarist for the rock band NRBQ and has released solo material. He played electric guitar on the album Have a Good Time for Me which was released in 1973 by Jonathan Edwards. Big Al Anderson later focused on songwriter for country music and wrote hit songs for artists including Carlene Carter, Diamond Rio, Vince Gill, and Trisha Yearwood. He wrote the #1 hit "The Cowboy in Me" for Tim McGraw. He has released the solo albums Al Anderson in1 972, Party Favors in 198, Pay before You Pump in 1996, After Hours in 2006, Pawn Shop Guitars in 2007, and Strings in 2012. 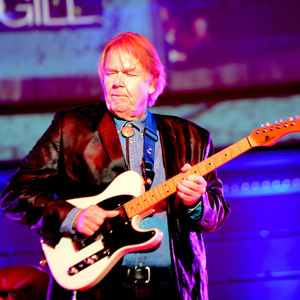