Bernard Purdie net worth: Bernard Purdie is an American drummer who has a net worth of $1 million. Bernard Purdie was born in Elkton, Maryland in June 1939. He is considered to be an innovative and influential funk musician. In 2013 Purdie was nominated into the Modern Drummer Hall of Fame. As a bandleader or co-leader he has released the albums Soul Drums, Purdie Good!, Stand by Me (Whatcha See Is Whatcha Get), Soul Is… Pretty Purdie, Shaft, Lialeh, Delights of the Garden, Purdie as a Picture, Coolin' 'N Groovin, Bernard Purdie's Jazz Groove Sessions in Tokyo, After Hours with The 3B's, Soothin 'N' Groovin' With The 3B's, The Hudson River Rats, Fatback!

The Jazz Funk Masters Featuring Bernard Purdie, Kick 'N Jazz, Soul to Jazz I, Soul to Jazz II, In the Pocket, Get It While You Can, Masters of Groove Meet Dr. No, King of the Beat, Purdie Good Cookin', Godfathers of Groove, Godfathers of Groove 3, Jersey Blue, Selling It Like It Is, and Cool Down. Bernard Purdie has also played as a sideman for many artists including James Brown, Herbie Hancock, Dizzy Gillespie, Aretha Franklin, Miles Davis, B.B. King, Bette Middler, Steely Dal, and many more. 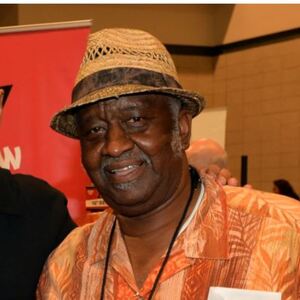