What is Benny Andersson's Net Worth?

Benny Andersson is a Swedish musician and composer who has a net worth of $230 million. Andersson is best known for his work with ABBA, the massively popular Swedish music group that achieved widespread commercial success throughout the mid-70s and early 80s. Outside of his work with ABBA, he has worked extensively with fellow ABBA member Bjorn Ulvaeus on a number of projects. These include musicals such as "Chess," and films such as "Mamma Mia!" In 2001, he founded his own band called Benny Anderssons Orkester.

Göran Bror Benny Andersson was born on December 16th of 1946 in Stockholm, Sweden. Although his father worked as a civil engineer, he also played the accordion; a tradition carried down from Andersson's grandfather. At the age of six, Benny was given his own accordion and was instructed on how to play Swedish folk music, traditional music, and schlager. Initially, Andersson was influenced by Elvis Presley, as one of the first records he ever purchased was "Jailhouse Rock." By the age of 10, Benny had acquired a piano and quickly taught himself to play it. By the age of 15, he had left school to focus on a music career.

During these early years, he mostly performed at youth clubs. At this point, he met his first girlfriend, Christina Grönvall. When Benny was 16, he and Christina welcomed their first child into the world. Two years later, they had a second child together. By the time Benny was 18, he had joined his first major band, The Electricity Board Folk Music Group.

Andersson first began to experience genuine musical success after joining the Hep Stars in 1964. He played the keyboard for the group, and they had their first major hit in 1965 with "Cadillac." Over the next few years, the Hep Stars became one of the most popular pop groups in Sweden. Andersson became a teen idol, and he soon began to write his own hits. These included "No Response," "Sunny Girl," "Wedding," and "Consolation."

Benny first ran into Björn Ulvaeus in 1966, when both began writing songs together while performing separately for their respective groups. They discovered that they worked well together, and these initial songwriting sessions produced many notable songs. It was during this time that Benny met Anni-Frid Lyngstad. Having already separated from his fiancee Christina in 1966, Andersson began dating Lyngstad.

The two continued to compose music together over the next few years although both artists were in different bands. Eventually, both Andersson and Ulvaeus got married and started to involve their wives in the musical process. This led to the formation of ABBA in 1972. They broke through with the Eurovision Song Contest in 1974, singing "Waterloo." They then followed up with the hit "Honey, Honey." 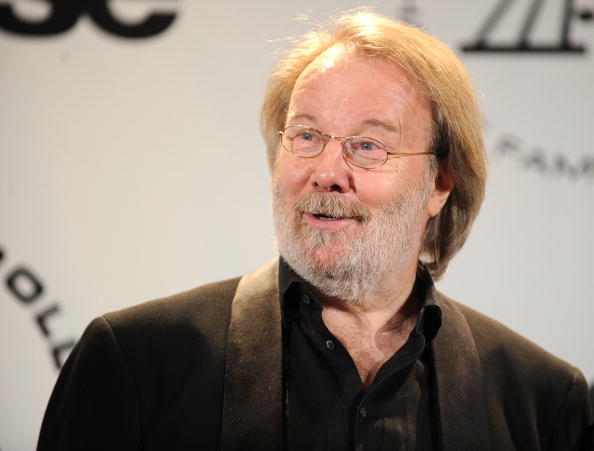 By 1976, they had achieved international stardom with hits like "Fernando." That year, they released their fourth studio album, "Arrival," which contained hits like "Knowing Me, Knowing You" and "Dancing Queen." Eventually, this level of success had a serious effect on the personal lives of both Ulvaeus and Andersson, and their marriages collapsed This led to the indefinite hiatus of ABBA in the 80s. However, these two artists continued to work together on various projects, such as musicals. Andersson then reunited with ABBA in 2018.

After ABBA went on hiatus in the 80s, Andersson and Ulvaeus continued their songwriting collaboration. First, they wrote the stage musical "Chess" along with Tim Rice. The concept album from this musical sold 2 million copies worldwide. The play was staged in London's West End during the 80s. It then went to Broadway, where it received negative reviews. Also in the mid-80s, Andersson branched out and began working with his brother and sister to create new songs such as "Mio My Mio." This was a song from the film "Mio in the Land of Faraway," which featured Andersson as a music co-producer.

In 1987, Benny released his first solo album, "Klinga Mina Klockor." He wrote and performed all of the music, playing the accordion and backed by a fiddle player. He then released a similar album in 1989. In 1990, Andersson topped the charts in Sweden with "Lassie." During this period, he continued to create a number of musicals, including a Swedish language play called "Kristina fran Duvemala." This play premiered in 1995 in Sweden, and it ran for almost five years. An English version was later staged in New York City for two nights.

Andersson and Ulvaeus then worked together on another musical called "Mamma Mia!," which proved to be their most successful venture post ABBA. The musical featured 24 songs from ABBA, and it became a worldwide phenomenon that spawned various sequels. A film version was later created, becoming the most successful film musical of all time.

From 2001 onwards, Benny has been primarily preoccupied with the Benny Andersson Orkester. This band features traditional Swedish music, and it has released five albums in Sweden. Some of the band's material has been written by Ulvaeus. Outside of the musical world, Benny is known for his work in the film industry. He has written music for films and television series such as "Songs from the Second Floor," "You, the Living," and the 2012 documentary "Palme."

Andersson struggled with alcoholism throughout most of his career and life. In 2001, he became a teetotaler, although he never fully revealed the extent of his alcoholism until much later in 2011.