What is Benji Madden's Net Worth?

Benji Madden is an American producer, vocalist, and musician who has a net worth of $40 million. Madden is probably best known for being the lead guitarist and backing vocalist for the rock band Good Charlotte. Throughout his career, Benji has worked alongside his identical twin brother, Joel Madden, with whom he also collaborated to create the pop-rock band known as the Madden Brothers.

Outside of his musical exploits, Benji has appeared on a few television and film projects. The most notable of these is probably "The Voice Australia," which saw Madden act as a vocal coach for the show during the 2015-2016 season alongside his twin brother.

Benjamin Levi Madden was born on March 11th of 1979 in Waldorf, Maryland. Raised alongside his identical twin Joel, Benjamin quickly earned the affectionate nickname "Benji." Madden also grew up with an older brother and a younger sister. He attended high school in Maryland along with all of his siblings.

Inspired by the Beastie Boys, Benji and Joel officially founded Good Charlotte in 1995. After they graduated from high school in 1997, they focused entirely on their music career and searched for a record deal. After recruiting a drummer, the two brothers moved to the D.C. area and started performing acoustic shows. After recruiting Billy Martin as a guitarist, the group started opening for bands like Blink-182 and Bad Religion.

In 2000, the group finally secured a record deal with Epic Records. They then released their debut, self-titled album "Good Charlotte" later that year. The album "The Young and the Hopeless" was later released in 2002, selling 4.9 million copies and helping Good Charlotte break through into the mainstream. The group subsequently released albums such as "The Chronicles of Life and Death." A few greatest hits albums followed before their most recent albums "Youth Authority" and "Generation Rx," released in 2016 and 2018 respectively.

Although his activities with Good Charlotte have taken up a considerable amount of his time and energy, Benji has also explored other musical ventures over the years. He is a well-known songwriter in the industry, having worked with his twin brother to help various artists write songs. He worked on Hilary Duff's "Most Wanted" album in 2005 as a co-writer and a co-producer. In addition, he has co-written songs for groups like 5 Seconds of Summer, Kalin and Myles, Tonight Alive, and more.

Benji has lent his vocal abilities to a range of bands and artists outside of Good Charlotte, including Sean Kingston, Three 6 Mafia, Chamillionaire, and many others. He is also known for his contributions to bands like Taintstick.

Benjamin has appeared in major film and TV productions on numerous occasions. In 2010, he fought Riki Rachtman in a celebrity boxing match, winning by knockout in the first round. In 2012, he appeared alongside his twin brother in "The Voice Australia" for the first time. The pair later returned as judges on "The Voice Kids Australia" in 2014. They subsequently appeared in the main edition of the show once again in 2015. Another notable TV appearance was in the series "Punk'd" back in 2004. He has also appeared in films like "Not Another Teen Movie," "Material Girls," and "Punk's Not Dead." 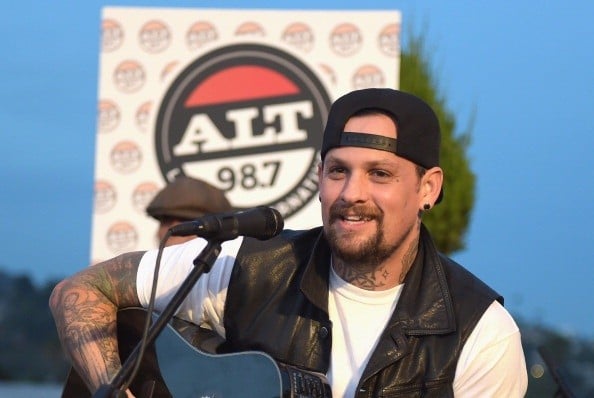 Outside of Good Charlotte, Madden has explored a range of other business ventures. These include Made Clothing, an apparel brand that he started with his brothers Josh and Joel. Eventually, the brand's name was changed to DCMA Collective, and the brothers opened a store in Los Angeles in 2008. The clothing line has since gone out of business.

In 2015, Benji and his brothers started another company called MDDN. This is a management company closely aligned with the music industry. Benji serves as the CEO. This venture has proven to be more successful than the clothing line, as the company has managed high-profile artists such as Jessie J, Sleeping with Sirens, Antiflag, Architects, and many others. In addition to artist management, the company's services also include artist development and creative services.

For many years, Benji Madden was engaged to his longtime fiancee, Sophie Monk. Monk is a well-known singer, actress, and model, especially in her home nation of Australia. Benji and Monk called off their engagement in 2008 and separated.

In 2014, Madden began dating actress Cameron Diaz. They were introduced by Benji's brother's wife, Nicole Richie. The pair became engaged later in 2014 and were married in 2015. They were wed in a Jewish ceremony at their home in Beverly Hills, which puzzled media outlets as neither celebrity appeared to have Jewish heritage. However, it is suspected that Benji is the more Jewish of the pair. In 2019, the couple welcomed their first child into the world, which was delivered via a surrogate mother.

In 2017, Madden and Diaz purchased a home in Studio City for $2.178 million. Described as "modest," the home is still quite luxurious. Originally constructed back in 1964, the home spans 2,483 square feet of living space and features marble countertops, a large pool, and exceptional views of the surrounding canyons.

In October of 2020, Cameron and Benji paid $14.7 million for a new mansion in Beverly Hills. This new residence represented a notable upgrade over their previous home, spanning 9,000 square feet of living space with 7 bedrooms and 10 bathrooms. Highlights include French doors, a temperature-controlled wine cellar, and a pool with waterfalls. The estate sits on a plot of land spanning 1.7acres, and it lies in a gated community, as one might expect from a neighborhood like Beverly Hills. 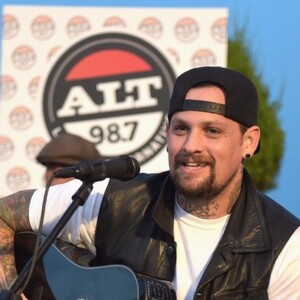