Ben Shepherd net worth: Ben Shepherd is an American musician who has a net worth of $20 million. Ben Shepherd was born in Okinawa, Japan in September 1968. He is best known for being the bass player of the rock band Soundgarden. Shepherd played bass for the band from 1990 until they broke up in 1997 and again since they reformed in 2010.

Soundgarden formed in 1984 in Seattle, Washington and Shepherd took over for the original bass player Hiro Yamamoto. Soundgarden has sold over 10 million records in the United States and 22 million worldwide. Shepherd played on their albums Badmotorfinger in 1991, Superunknown in 1994, Down on the Upside in 1996, and King Animal in 2012. Soundgarden's album Superunknown was certified 5x Platinum and reached #1 in the US, Australia, and New Zealand. The band's most successful singles include the songs "Spoonman", "The Day I Tried to Live", "Black Hole Sun", "My Wave", "Fell on Black Days", "Pretty Noose, "Burden in My Hand", and "Blow Up the Outside World". Shepherd has also been featured on albums by HBS, 600 School, March of Crimes, Hater, Wellwater Conspiracy, and Mark Lanegan. 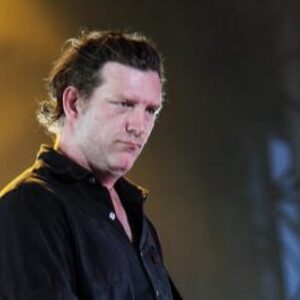