Ben Moody net worth: Ben Moody is an American musician, singer, songwriter, record producer, and actor who has a net worth of $10 million. Ben Moody was born in Little Rock, Arkansas in January 1981. He is best known for being the lead guitarist, co-songwriter, and co-founder of the rock band Evanescence. Moody was a member of the band when they founded in 1995 until 2003. He played on their debut studio album Fallen which was released in 2003 and reached #1 in the UK, Australia, Austria, and Canada as well as #2 in France, Germany, the Netherlands, New Zealand, and Switzerland and #3 in the US. The band's single "Bring Me to Life" reached #1 in the UK and Australia and #5 on the Billboard Hot 100 chart. They also had success with the single "My Immortal" which reached #1 in Canada and the song "Going Under". Ben Moody went on to join the bands The Halo Method and We Are The Fallen. He has also released his own material. 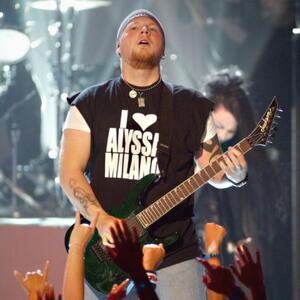