What is Ben Folds' Net Worth?

Ben Folds is a singer-songwriter, musician, and producer who has a net worth of $5 million. Ben Folds is best known for fronting the alternative rock band Ben Folds Five. He has also recorded numerous albums as a solo artist, and has collaborated with musicians such as Regina Spektor and "Weird Al" Yankovic. Additionally, Folds served as a judge on the television singing contest "The Sing-Off."

Ben Folds was born on September 12, 1966 in Winston-Salem, North Carolina. At the age of nine, he became interested in the piano, and started learning popular songs by ear after hearing them on the radio. As a teen, Folds went to Richard J. Reynolds High School, and performed in a number of bands as a pianist, drummer, or bassist. For his higher education, he enrolled at the University of Miami on a full percussion scholarship; however, he dropped out after losing the scholarship. Subsequently, Folds returned to his home state to attend the University of North Carolina at Greensboro.

In the late 80s, Folds formed the alternative rock band Majosha with his friends Millard Powers and Evan Olson. The group released various locally produced records, and won Duke University's Battle of the Bands in 1988. Following Majosha's breakup, Folds played drums in the short-lived band Pots and Pans. He eventually landed a music publishing deal with music executive Scott Siman, and ended up relocating to Nashville, Tennessee. There, Folds briefly played drums in the band Power Bill. He then moved to Montclair, New Jersey, and acted in theater troupes in New York City.

Moving back to North Carolina, Folds formed the alternative rock band Ben Folds Five with bassist Robert Sledge and drummer Darren Jessee in 1993. The group released its self-titled debut album two years later. Next came 1997's "Whatever and Ever Amen," which spawned the hit singles "Battle of Who Could Care Less" and "Brick." In 1999, Ben Folds Five released its third studio album, "The Unauthorized Biography of Reinhold Messner," which featured the hit song "Army." This was the group's last album before its initial disbanding in 2000.

In September of 2008, Ben Folds Five reunited to perform its first concert in nearly a decade. This one-off gig was held at the University of North Carolina at Chapel Hill, where the band played the entirety of its third studio album. Later, in 2012, the group reunited again to release its fourth studio album, entitled "The Sound of the Life of the Mind." Debuting at number ten on the Billboard 200, it became Ben Folds' first top-ten album on the chart. 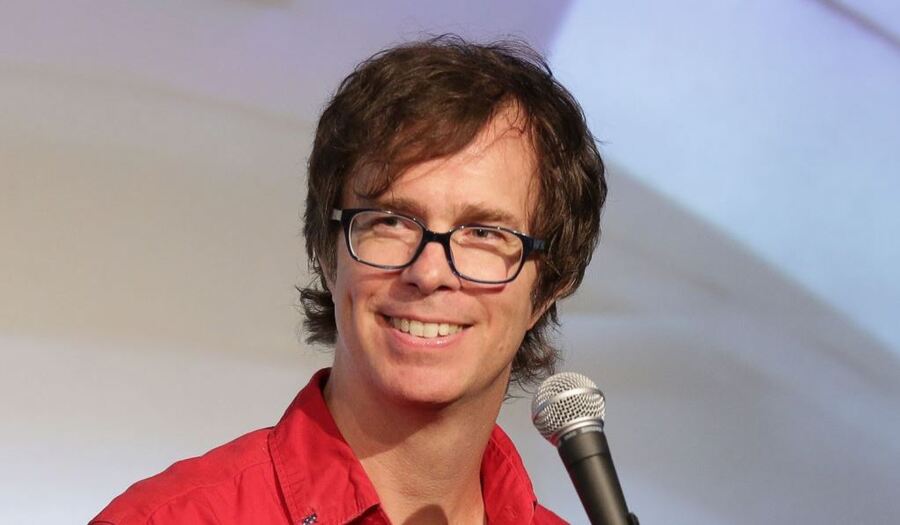 Folds released his debut solo album, "Rockin' the Suburbs," on September 11, 2001. It peaked at number 28 on Billboard's Modern Rock Tracks chart, and at number 42 on the Billboard 200. Next, from 2003 to 2004, Folds released three solo EPs: "Speed Graphic," "Sunny 16," and "Super D." His second solo album, "Songs for Silverman," came out in 2005; it became Folds' highest-charting album to date when it reached number 13 on the Billboard 200. Following this was 2006's "Supersunnyspeedgraphic, the LP," which compiled songs from Folds' earlier EPs.

Folds had his most commercially successful solo album yet in 2008, when "Way to Normal" debuted at number 11 on the Billboard 200. Two years later, he collaborated with English novelist Nick Hornby on the album "Lonely Avenue," which spawned the single "From Above." In June of 2020, Folds released the COVID pandemic-themed single "2020."

Among his many collaborations with other artists, Folds played the piano on "Weird Al" Yankovic's song "Why Does This Always Happen to Me?" He also played the piano on the song "Black Glasses" by Japanese singer-songwriter Angela Aki. In 2004, Folds served as a producer, musician, arranger, and backup vocalist on William Shatner's album "Has Been." He subsequently produced and performed on the first solo album by Amanda Palmer, entitled "Who Killed Amanda Palmer." Later, a year after premiering a commissioned piano concerto with the Nashville Symphony Orchestra, Folds collaborated with the yMusic Ensemble on the 2015 album "So There." Beyond albums, Folds has collaborated with numerous musicians on tours around the world.

Over his career, Folds has contributed both previously recorded songs and original tracks to the soundtracks for movies and television shows. In 2005, the animated film "Hoodwinked!" featured his song "Red is Blue." The next year, he contributed three original songs to the animated film "Over the Hedge," entitled "Heist," "Family of Me," and "Still." Later, in 2017, Folds wrote the soundtrack for the Netflix film "Handsome."

In 2009, Folds became a judge on the NBC a cappella singing competition show "The Sing-Off." He returned for the show's subsequent three seasons. Among his other media credits, Folds made a brief appearance in an episode of the sitcom "Community," and appeared as himself in various episodes of the series "You're the Worst."

Since 2017, Folds has served as the first artistic advisor to the National Symphony Orchestra at Washington, DC's Kennedy Center. In 2019, he published his first book, a memoir entitled "A Dream About Lightning Bugs: A Life of Music and Cheap Lessons."

Folds has been married and divorced multiple times. His first marriage was to songwriter Anna Goodman, with whom he was with from 1987 to 1992. Next, he was married to Kate Rosen until 1996. Folds subsequently wed Frally Hynes in 1999, and lived with her in her native Australia. Together, they had twins named Louis and Gracie. The couple divorced in 2006. The next year, Folds married Fleur Stanbrook, whom he later divorced in 2011. In 2016, Folds started dating former Royal Ballet dancer Emma Sandall; they married in 2020.