What is Beck Hansen's Net Worth?

Beck Hansen is an American musician who has a net worth of $15 million. Hansen is considered one of the most prominent musical acts of the 90s, and his musical style is incredibly wide-ranging. Since his rise to prominence, Beck has released a total of 14 studio albums. Critics have celebrated him for his imaginative lyrics as well as his creative use of musical elements. His most popular albums are consistently ranked by various publications as some of the best of all time. Many of Beck's albums have reached platinum status.

Bek David Campbell was born on July 8th of 1970 in Los Angeles, California. Raised in a Jewish family by two artists, Beck grew up in a rooming house near downtown Los Angeles. The family struggled to make ends meet, and Beck was eventually sent to live with his paternal grandparents in Kansas. He also spent time living in Europe with his maternal grandmother.

At age 10, his parents separated. Beck started living with his mother in Los Angeles, and he started to become interested in the local music scene. At age 16, Hansen started learning how to play the guitar, and he eventually became a street musician. At the beginning of his journey into music, Beck was completely focused on folk music.

Partway into high school, he discovered hip hop music and learned how to breakdance, although he quickly dropped out after junior high. He was the only white student in his school, and he felt like an outcast. He also stated that he felt unsafe at school, even though he recognized the importance of getting a good education. Eventually, Beck started to hang around Los Angeles City College, sitting in on classes using a fake ID. He also befriended several professors.

Beck began his career as a folk musician, performing on the street or playing his guitar on the bus. Towards the end of the 80s, Beck took a bus to New York City with less than ten dollars to his name. He then became part of the anti-folk movement in New York, and this provided the ideal setting for him to develop his surrealist, hyper-mundane lyrical style.

By 1991, he returned to Los Angeles because he had no place to live and no friends. He continued to go relatively unnoticed in the music scene until he started to distribute demo tapes. He then gained attention from BMG Music Publishing and Bong Load Custom Records, among other figures. Through these connections, Hansen collaborated with Carl Stephenson in 1992, recording the track "Loser" for the first time.

Although Beck felt that "Loser" was mediocre, it received radio airplay and gradually became a major phenomenon. At the time, Beck was living in a rat-infested shed in an alley. Major record labels started to offer Hansen deals, sparking a massive bidding war between various companies. Eventually, Geffen Records succeeded in signing Beck to a deal which gave him considerable creative freedom. This led to the release of the album "Mellow Gold." 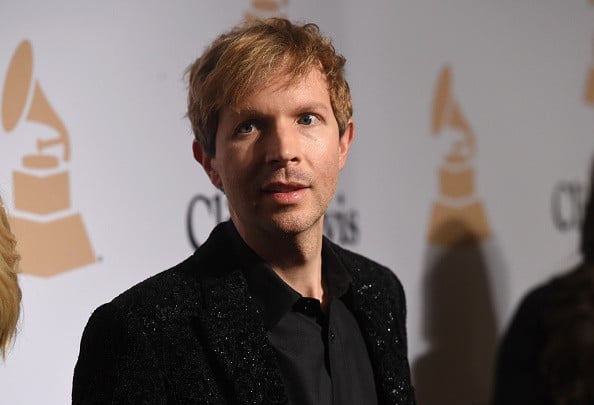 By 1994, Beck had been mostly dismissed as a passing fad. This prompted Hansen to return to the studio and record another album called "Odelay." Like "Mellow Gold" before it, "Odelay" blends many genres together and was released in 1996 to widespread critical acclaim. Beck's reputation as a one-hit-wonder was disproved with tracks like "Where It's At," "Devils Haircut," and "The New Pollution." Beck won two Grammys as a result of "Odelay."

In 1988, Hansen followed up with the album "Mutations." In 1999, he released another album called "Midnite Vultures." Another commercial and critical success came with the heartfelt and emotional album "Sea Change." In 2005, Beck released "Guero," which debuted at number two on the charts, with the single "E-Pro" becoming his first number-one hit since "Loser."

Beck's ninth album came in 2006 with "The Information." After releasing the album "Modern Guilt" in 2008, Hansen shifted his attention towards producing, cultivating the growth of his own record label. In 2013, he signed to Capitol Records after a long stint as an independent artist. He released "Morning Phase" in 2014, which won three Grammys. In 2017, Beck released the album "Colors," before following up with "Hyperspace" in 2019.

One of Hansen's most notable relationships was with designer Leigh Limon, which lasted nine years. When they broke up, Beck was inspired to create his 2002 album "Sea Change." In 2004, he married actress Marissa Ribisi and raised two children with her. They divorced in 2019. Marissa's twin brother is actor Giovanni Ribisi.

Beck and Marissa's divorce settlement wasn't settled until September 2021. According to the final settlement, Beck got four of the couple's Banksy art pieces and Marisa got five. Beck paid Marisa a one-time $500,000 settlement.

Beck got to keep a total of 10 properties in locations including Malibu, Los Angeles, Memphis and Arkansas. Beck will also support Marissa with $18,000 per month in spousal support and $14,500 in child support. Both support payment amounts go up if Beck earns more than $1.7 million in a year.

There has been widespread speculation over the years regarding Hansen's religious beliefs. He has previously admitted to being a Scientologist, and both his former wife and his father are members of this church. Although he stated he was a Scientologist in 2005, he later denied having any connection to the organization in 2019. In this 2019 interview, Beck stressed that he identified as Jewish and had been raised as a Jew.

In 1998, Beck purchased a Pasadena home for a little under $1.3 million. The 5,200-square-foot property features a pool and spectacular views of the city and mountains beyond. In 2007, Hansen purchased a property in Hancock Park, Los Angeles. The house set him back $6.75 million, and it features over 5,700 square feet of living space. There's also a library, a pool, and a wet bar.

In 2015, the popstar acquired a house in Santa Monica for just over $2.7 million. The house was a bit of a "fixer-upper." He sold the 2,450-square-foot home after just five months for $2.9 million. He and his former wife redecorated the property before cashing-in on a $200,000 profit.

In August 2022 Beck sold one of the ten homes he kept in the divorce. Located in LA's Los Feliz neighborhood, Beck sold the home for $2.95 million, a nice chunk above the $1 million he and Marissa paid for the place in 2015.