What is Barry Gibb's Net Worth?

Barry Gibb is a prolific singer, songwriter, and producer who has a net worth of $140 million. Barry earned fame and fortune as one-third of the band, the Bee Gees. The group was especially popular during the 60s and 70s. The Bee Gees are one of the most successful pop groups of all time, with record sales exceeding 220 million. The only artists in history that have sold more albums are Elvis, Michael Jackson, The Beatles, Garth Brooks, and Paul McCartney (as a solo artist). They were eventually nominated for 14 Grammys, winning 9.The Bee Gees were made up of Barry and his brothers, twins Maurice and Robin Gibb.

Outside of his work with the Bee Gees, Barry has enjoyed a successful solo career, songwriter and producer. On February 8th, 2015, Barry was awarded a Lifetime Achievement Grammy.

While all of his brothers have passed away, Barry has enjoyed a musical career that has spanned more than six decades. In 1994, he was inducted into the Songwriters Hall of Fame alongside his brothers. Later in 1997, Barry was also inducted into the Rock and Roll Hall of Fame. Gibb has earned widespread critical praise for his vocal talents, and some consider him to be one of the greatest singers in history.

Barry Alan Crompton Gibb was born on September 1st of 1946 in Douglas, Isle of Man. At a young age, Barry suffered serious burns after an accident involving hot tea. He was left with severe scalding, and he spent over two months in hospital as a result.

The Gibbs formed a band in Manchester while they were still quite young. Barry then relocated with his family once more to Redcliffe, Australia. It was during this time that the Gibbs brothers started their first group together, with Barry, Maurice, and Robin all forming a trio. However, they only began to experience genuine success when the three boys moved back to Manchester.


In 1955, the Gibbs brothers formed a group called the Rattlesnakes. Barry performed vocals and played the guitar, while Robin and Maurice also performed vocals. In addition, a man named Paul Frost played the drums while another musician named Kenny Horrocks played the tea-chest bass. Initially, the group performed at small, local venues throughout Manchester.

After moving to Australia, the three aforementioned Gibbs brothers came together as a trio. While living in Queensland, the group named themselves the Bee Gees for the first time. Not long afterward, the group began to appear on television for the first time and signed a record deal with Festival Records. Their debut single, "The Battle of the Blue and the Grey," was written by Barry and launched their initial success.

By the late 60s, the Bee Gees had become quite successful with the single "New York Mining Disaster 1941." At this point, drummer Colin Petersen and guitarist Vince Melouney joined the Bee Gees. After touring Europe and the US on the heels of this success, they released a chart-topping single in the UK entitled "Massachusetts." This proved to be quite exhausting, and in 1967 Barry and Robin both collapsed from nervous breakdowns during an international flight. 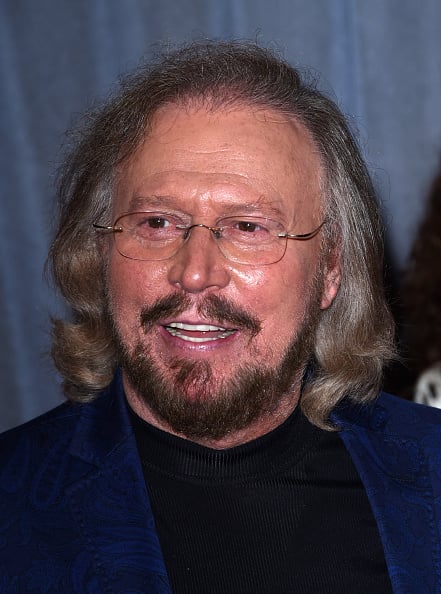 At this point, all three brothers were also competing for creative control over the group. By 1970, Barry had begun his solo career for the first time, and the group seemed to drift apart. In the 70s, the Bee Gees came back together and released a number of smash hits over the next decade. These included singles such as "How Deep Is Your Love," "More Than A Woman," "Stayin' Alive," and "You Should Be Dancing."

This marked the peak of their popularity during the so-called "disco-era" of the mid-70s. They became even more emblematic of the disco era when they contributed to the soundtrack of "Saturday Night Fever," helping the soundtrack sell more than 40 million records. Gibb was also very successful as a songwriter during this period. At one point, he had written four songs, all of which eventually topped the charts one after the other. Two of these songs were by the Bee Gees, one was performed by Andy Gibb, and the fourth was performed by Yvonne Elliman. This is a very rare songwriting record that has never been surpassed.

Throughout the next few decades, Barry embarked on a solo career that continued up until the modern era. In 2020, Gibb announced his latest album, entitled "Greenfields."

In 1966, Barry Gibb married a woman named Maureen Bates at the tender age of 19. They lived together for a relatively short period of time before divorcing in 1970. Not long afterward, Gibb met Linda Gray, a former Miss Edinburgh. They married later in 1970. Over the course of their relationship, Barry and Linda had five children together. 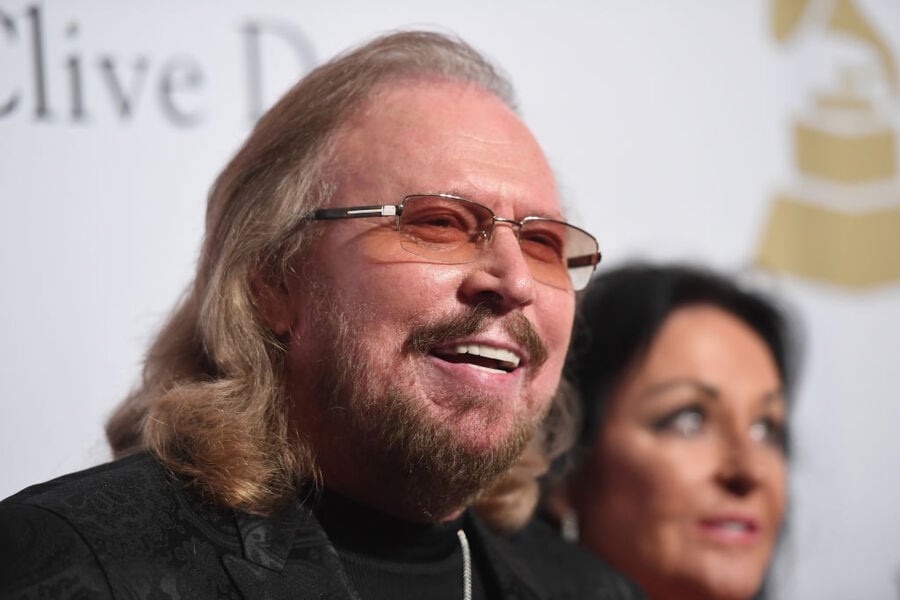 In 2006, reports surfaced that Gibb and his wife planned to purchase Johnny Cash's former home in Tennessee. The pair eventually paid $2.3 million for the seven-bedroom estate, which was originally constructed in 1968 for Johnny Cash. Unfortunately, their plans to renovate the historic home ended in disaster when a fire broke out, completely destroying most of the late rockstar's estate. Although the Gibbs then announced plans to construct a new home next to the smoking wreck, Barry eventually decided to simply sell the home in 2014 for $2 million. 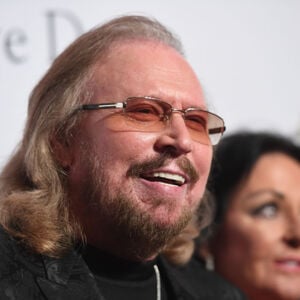