What is Axl Rose's net worth?

Axl Rose is an American musician and songwriter who has a net worth of $200 million. He is most famous for being a founding member of Guns N' Roses, one of the most successful rock bands of all time.

Axl Rose was born William Bruce Rose, Jr. on February 6, 1962 in Lafayette, Indiana. Rose's mother, Sharon, was 16 years old when she gave birth to him and his father, William Sr., was 20. The couple separated when Rose was two years old, at which point his father abducted and allegedly molested him before skipping town.

His mother then married Stephen L. Bailey and chose to legally change Rose's name to William Bruce Bailey. Up until the age of 17, Rose believed that Bailey was his biological father. (His biological, William Rose Sr., was murdered in Marion, Illinois, in 1984.)

Rose had a very religious upbringing—he was required to attend services at a Pentecostal church three to eight times per week and also taught Sunday school.

At an early age, Rose discovered music as an emotional outlet. He began singing in the church choir when he was five, and during high school, he joined the school chorus and studied piano. Around this time, he also started a band with his friends, one of whom was fellow Guns N' Roses member Jeff Isbell, later known as Izzy Stradlin.

When Rose learned of his biological father's existence, he began referring to himself as W. Rose. At this point, he also started to get in trouble with the law and served jail time. Rose was arrested more than 20 times on various charges, including public intoxication and battery. In 1982, Lafayette authorities threatened to charge him as a habitual criminal, so he decided to pack his bags and move to Los Angeles.

Once he settled in L.A., he became so absorbed in his band, AXL, that friends encouraged him to go by the name Axl Rose. In March 1986—prior to signing a contract with Geffen Records—he legally changed his name to W. Axl Rose.

Rose was active in the local hard rock scene and played in a number of bands, including Rapidfire, Hollywood Rose and L.A. Guns. He worked odd jobs to make ends meet and even smoked cigarettes for a scientific study at UCLA for $8 per hour (adjusted for inflation that would be equivalent to $20 in 2019). In March 1985, Guns N' Roses was formed and within a year it attracted the attention of a number of major record labels. The band's first four-song EP was released in December 1985. 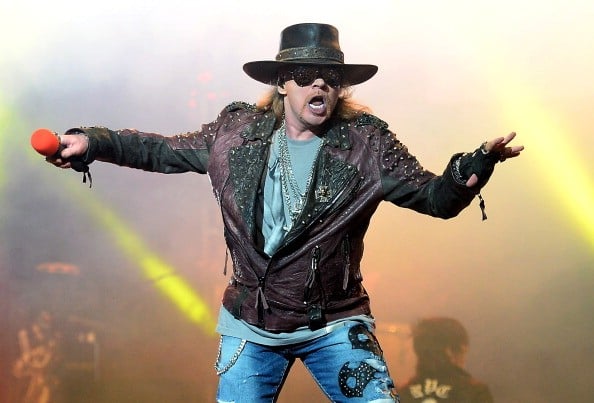 Guns N' Roses was especially popular in the late 1980s and early '90s. The band's 1987 debut album, Appetite for Destruction, has sold nearly 30 million copies worldwide to date. (And as of press time, it is still the best selling debut album of all time in the United States.)

The band's follow-up albums—Use Your Illusion I and Use Your Illusion II, both released in September 1991—went on to sell a combined 35 million copies worldwide. In total, Guns N' Roses has sold well over 100 million albums worldwide, which is enough to make them one of the best selling bands in history.

Although Rose has lived a mostly reclusive life since the late 1990s, he is the only band member that has remained with Guns N' Roses consistently since its inception.

In 2012, Rose was inducted into the Rock and Roll Hall of Fame as a member of Guns N' Roses, but did not attend the ceremony. And in 2016, he toured with band AC/DC as the new lead singer, replacing Brian Johnson.

Between June 2017 and June 2018, Rose earned $20 million from his various endeavors. The majority of his earnings came from touring after the band reunited for the "Not In This Lifetime Tour". The tour went on to generate more than $430 million worldwide. 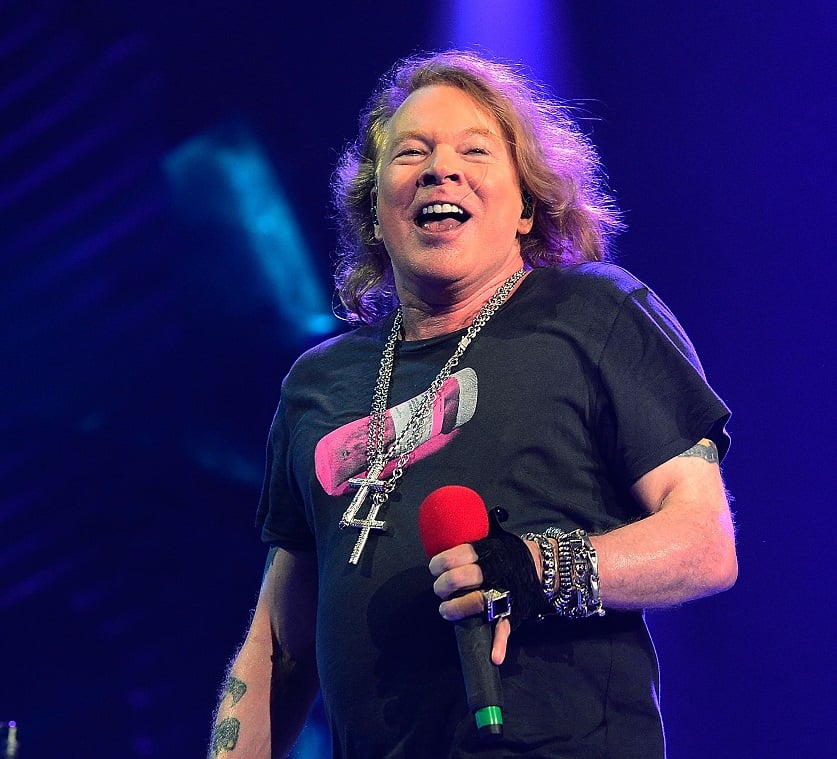 (Photo by Jeffrey A. Camarati/Getty Images)

Although his public image may suggest otherwise, Rose has never been a heavy drug user, however he did not steer away from using illicit substances altogether. In 1986, Rose was hospitalized after intentionally overdosing on painkillers due to stress. This experience inspired the lyrics to Guns N' Roses's song "Coma."

Rose became a strong believer in homeopathic medicine, a pseudoscientific system of alternative medicine, in the early 1990s. He would regularly undergo past life regression therapy. While Chinese Democracy was being recorded, Rose hired a personal psychic, who would look at photographs of potential employees and "read their auras" to determine whether or not they should be hired.

In early 1986, Rose began dating model Erin Everly, the daughter of singer Don Everly of the Everly Brothers. Rose wrote the 1987 song "Sweet Child o' Mine" for Everly, and she appeared in its music video. Four years later, in the spring of 1990, the couple tied the knot in Las Vegas. Less than one month later, Rose filed for divorce. The couple was able to reconcile the relationship for some time, but Everly eventually left Rose following an altercation. They annulled their marriage in January 1991. Three years later, Everly filed a suit that accused Rose of physical and emotional abuse. The lawsuit was settled out of court.

Shortly after his split from Everly, Rose started a relationship with supermodel Stephanie Seymour. Seymour appeared in the "Don't Cry" and "November Rain" music videos. In February 1993, Rose and Seymour got engaged, but ended up separating only three weeks later.

It has also been rumored that Rose and singer Lana Del Rey dated.

Rose owns a home in Malibu, California. According to records, he purchased the 4,333-square-foot residence for $3.6 million in 1992. In 2008 Axl saved several of his neighbors houses during a fire that stampeded through the area in the early morning. Knowing that one of his neighbors was out of town, Axl reportedly pushed the house's gate open and hosed down the property. Opening the gate also made it easier for firefighters to eventually gain access to several nearby houses that were threatened. 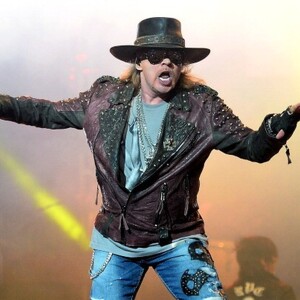