Austin Winkler Net Worth: Austin Winkler is an American singer and songwriter who has a net worth of $3 million. Austin Winkler was born in Oklahoma City, Oklahoma in October 1981. He is best known for being the former front man of the rock band Hinder. Hinder formed in 2001 and released their debut studio album Extreme Behavior in 2005. The album was certified 3x Platinum and reached #1 in Australia and #6 in the United States. Their album Take It to the Limit was released in 2008 and reached #4 in the US and #2 on the US Alternative charts. Hinder's 2010 album All American Nightmare reached #1 on the US Alternative charts. They have also released the albums Welcome to the Freakshow in 2012 and When the Smoke Clears in 2015. Hinder had the most success with their single "Lips of an Angel" which reached #1 in Australia and New Zealand and #3 in the United States. Winkler left the band in 2013 and released his debut solo album Austin John in 2016. 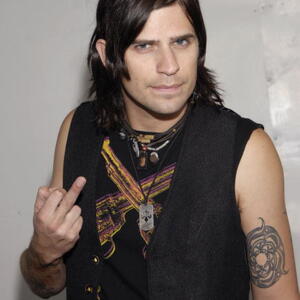