What is Art Garfunkel's Net Worth?

Art Garfunkel is an American singer/songwriter who has a net worth of $95 million. Best known for his role in the folk-rock duo Simon & Garfunkel, Artie released a number of chart-topping hits alongside Paul Simon. These include "The Sound of Silence" and "Mrs. Robinson." His collaborations with Paul Simon were continuously marred by feuds and arguments. The two artists seemed incapable of working together over long periods of time, and they ultimately went their separate ways.

While Paul Simon was often given much of the credit because he was the principal songwriter for Simon & Garfunkel, Art eventually established himself as a solo artist. As a solo performer, Garfunkel released a top ten hit and several other tracks that charted well. Throughout the years, Art has received a People's Choice Award and eight Grammys. In 1990, he and Paul Simon were inducted into the Rock and Roll Hall of Fame. Today, Garfunkel is widely considered to be one of the greatest singers of all time.

Arthur Ira Garfunkel was born on November 5th of 1941 in Forest Hills, Queens, New York City. Raised alongside two brothers in a Romanian Jewish household, some of Art's earliest musical experiences involved singing in his local synagogue. Funnily enough, Art's cousin is the late Lou Pearlman, the founder of the Backstreet Boys and NSYNC.

By first grade, Garfunkel was giving himself goosebumps by singing songs like "Unchained Melody" and "You'll Never Walk Alone." At a young age, Art used a wire recorder (a gift from his father) to record his singing. He then played back the recordings and searched for flaws to improve upon. During his bar mitzvah, he took on the traditional role of a cantor, singing for four hours straight as part of the ceremony.

A lung infection as a teen forced Art to stop singing for an entire summer, so he spent his time practicing his basketball shots. He continues to display a love for basketball to this day. Garfunkel first ran into Paul Simon during the sixth grade, and the pair performed together in a school production of the play "Alice in Wonderland." According to Garfunkel, his singing performance during one talent show inspired Simon to become a singer as well.

From the mid-50s to the early 60s, Simon and Garfunkel performed together as a musical duo known as "Tom & Jerry." Inspired by The Everly Brothers, the pair sang in a two-part vocal harmony and regularly played at school dances. In 1957, they released "Hey Schoolgirl," which reached number 49 on the charts.

It was at this point that Simon and Garfunkel had their first major disagreement. Record label exec Sid Posen approached Paul Simon with a contract for two more singles (as a solo artist). Simon neglected to inform Garfunkel of this fact, and Art felt betrayed. After Tom & Jerry, the pair went their separate ways.

After graduating from high school, Garfunkel attended Columbia University and majored in architecture. During his college years, he joined the tennis, skiing, fencing, and bowling teams. He also continued his musical career by joining an all-male a cappella group called the Columbia Kingsmen. In 1965, Art earned a B.A. in art history and eventually graduated with an M.A. in mathematics education in 1967. 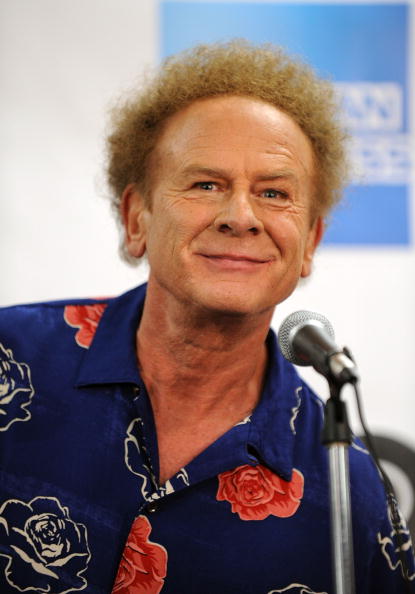 In 1963, Art and Garfunkel crossed paths once again, after Paul Simon had dropped out of Brooklyn School of Law. Despite having reservations about working together again, they agreed to reform their duo. They also decided to choose a different name, abandoning the moniker "Tom & Jerry" for "Simon & Garfunkel." At the time, the pair were worried that this sounded too much like a law firm, but they went ahead.

In 1964, they released their debut album, "Wednesday Morning, 3 A.M" through Columbia Records. The album fell on deaf ears, and critics completely ignored it. Faced with this failure, the pair split once again, with Art focusing on his studies at Columbia University. Fortunately, producer Tom Wilson re-released "The Sound of Silence" as a single in 1965, and the track topped the charts soon afterward. The song proved especially popular among university students.

Paul, who had been pursuing a solo career in the UK, returned to the United States and reconnected with Garfunkel. Over the next period, they collaborated on four successful albums, "Sounds of Silence," "Parsley Sage," "Rosemary and Thyme," "Bookends," and "Bridge Over Troubled Water." The latter album proved to be the most successful, selling over 25 million units and receiving two Grammy Awards. In addition, Simon & Garfunkel are credited with contributing heavily to the soundtrack of the hit 1967 film "The Graduate." The resulting song "Mrs. Robinson" became one of their most successful and popular tracks.

Almost inevitably, Art and Paul split after personal differences rose to the surface once more. Art was being offered acting roles in films like "Catch-22" and "Carnal Knowledge," and Paul felt abandoned. In 1970, they decided to end their partnership, and they both pursued solo careers. Despite this, they reconnected occasionally for a number of concerts. In 1973, Garfunkel released his debut solo album, "Angel Clare," which received mixed reviews despite reaching number five on the charts.

His next album was "Breakaway," and it featured more successful tracks like "My Little Town," (which was written by Paul Simon) and "I Only Have Eyes For You." Throughout the next few years, Art's career suffered from a number of gaffes and unfortunate events. After his longtime girlfriend Laurie Bird committed suicide in 1974, Art didn't feel inspired to create music for many years. After the disappointing album "Scissors Cut," Garfunkel fell into a depression and withdrew almost completely from public life. Things got even worse when his father passed away during this period.

Towards the end of the 90s, Garfunkel returned with a number of notable achievements and started writing his own songs for the first time. In 2009, Art and Paul started collaborating once again for the first time in many years, but their relationship grew sour once again when Garfunkel was forced to withdraw from a lucrative tour due to vocal cord paresis. Paul Simon blamed Art for not being "honest" and "letting us all down." 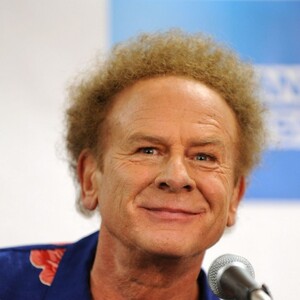