Art Alexakis net worth: Art Alexakis is an American singer, songwriter, multi-instrumentalist, and producer best known as the lead singer and guitarist for the rock band Everclear. Art Alexakis has a net worth of $2 million. Art Alexakis was born on April 12, 1962 in Los Angeles, California, is of Greek heritage and grew up in the Mar Vista Gardens housing projects near Culver City, California.

After a difficult childhood riddled with sexual abuse, drug use, and the death of his brother from a heroin overdose and girlfriend from suicide, Alexakis unsuccessfully attempted suicide himself. After a brief stint at UCLA's film school, he worked as a music reviewer for The Evening Outlook, a small newspaper in Santa Monica. After a near-fatal cocaine overdose, Alexakis quit drugs. Art Alexakis is most widely recognized as the lead singer and guitarist for the band, Everclear. He has released nine studio albums with Everclear, as well as writing and producing tracks for other artists. Alexakis has also been a member of several notable bands, founded several record labels, and worked as an A&R representative for major record companies between and during his own musical projects. In the 1990s, he was interviewed for an episode of the cult classic animated talk show Space Ghost Coast to Coast, but for reasons unknown the interview was never used, save for a brief clip in a later episode. In recent years, he has become a political activist concerned with drug awareness and support for the families of military service men and women. Art's finances took a hit after a divorce and a bankruptcy. He reportedly had to sell his share of the rights to the song's he wrote for Everclear's as part of his bankruptcy proceedings. In 2015 he released his 12th album (counting compilations) with Everclear, entitled Black is the New Black. 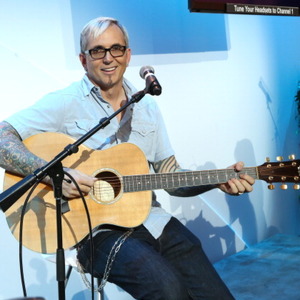