Anton Newcombe net worth: Anton Newcombe is an American singer, songwriter, musician, and producer who has a net worth of $3 million. Anton Newcombe was born in Newport Beach, California in August 1967. He founded the band The Brian Jonestown Massacre. Newcombe was featured in the 2004 documentary Dig!. He formed The Brian Jonestown Massacre in 1990 and the band released their debut studio album Methodrone in 1995. Their 14th album Pol Pot's Pleasure Penthouse was released in 2017 and they have also released five live albums and 13 EPs. Anton Newcombe has worked with several other bands including The Dandy Warhols, The Manvils, The High Dials, The Quarter After, and Innaway. He founded the record label called The Committee to Keep Music Evil. He operated his own recording studio located in Berlin. With The Brian Jonestown Massacre, he has written more than 150 songs and band members have included Matt Hollywood, Joel Gion, Jeffrey Davies, Ricky Maymi, and Dean Taylor. 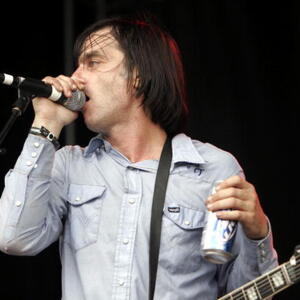